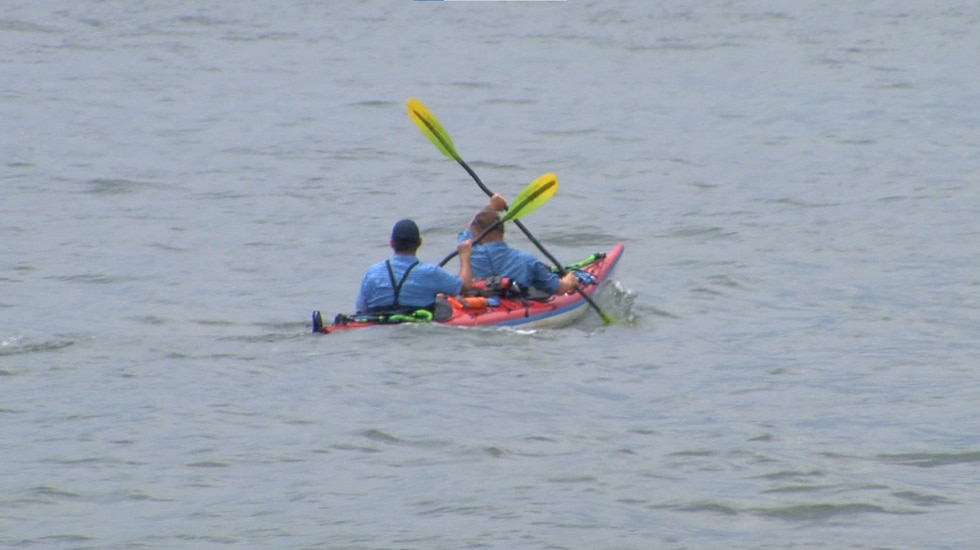 2 kayakers with military backgrounds travel over 800 miles to raise $50,000 to help veterans

CHARLESTON, SC (WCSC) – Two kayakers are traveling more than 800 miles along the east coast of the United States to raise money for a charity dedicated to helping veterans injured in combat.

Brock Dick and Keith Menefee said their journey along the Intracoastal Waterway had been going on for years and they were looking to raise $50,000 for the Gary Sinise Foundation.

The foundation helps create programs designed to entertain, educate, inspire, empower and build communities by helping veterans and first responders in need, according to its website.

Dick and Menefee said they know dozens of veterans who have been killed in the line of duty and several more who have lost limbs in battle. Menefee is a United States Navy veteran. Dick currently serves in the North Carolina Air National Guard.

However, the two said the trip from Virginia Beach to Fort Pierce, Fla., was dedicated to all veterans, whether their injuries were visible or not. By June 5, they had raised just over $4,000.

“We just decided to include the Gary Sinise Foundation to raise money for seriously injured veterans who have smart homes built for them by Gary Sinise and his foundation,” Dick said, “so they can easily access to their homes and families and still live a normal life.

The two friends will depart Monday from Safe Harbor Charleston City Marina and sail down the Stono River, which separates Johns Island from West Ashley.