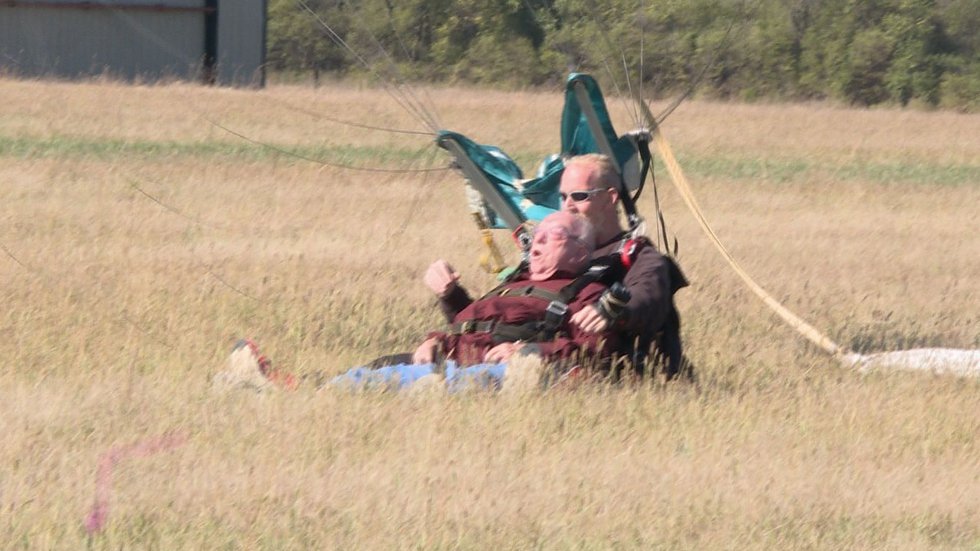 WICHITA, Kansas (KWCH) – James ‘Jim’ Pike is an 89-year-old retired parachutist who fought in the Korean War, and on Sunday his wife and family came together to support him as he parachuted for the first time in 67 years.

“I thought, I’m in pretty good shape. I can do what they do. So we did it, ”Pike explains.

In 1951 Jim Pike joined the Army with the 187th Regimental Combat Team during the Korean War. Pike was a parachutist until his last jump in September 1954.

Pike says, “I have 41 years of military service in total, active and booked. So sometimes you get a little anxious about doing old things like that.

Seeing other WWII or Korean War veterans parachute made Pike want to see if he could still parachute.

Pike’s grandson, Matthew Pike, says, “He’s been talking about it for at least last year, if not more. I could tell just by the way he was, the way he talked about the stories of the time, by jumping, that was something he really loved, and as long as he could get on the plane and doing it, I knew he would have a blast.

Jim’s 66-year-old wife, Elaine, watched her husband relive his glory days by jumping from a plane ten thousand feet, not even slightly worried.

“It’s wonderful to have the family here. It’s just a great family activity. My youngest son jumped off the plane at the same time. So, it was fun to say we had a family outing, ”Pike says.

Pike says almost 70 years later it’s a little harder to get on and off the plane, but he’s ready for the second round.