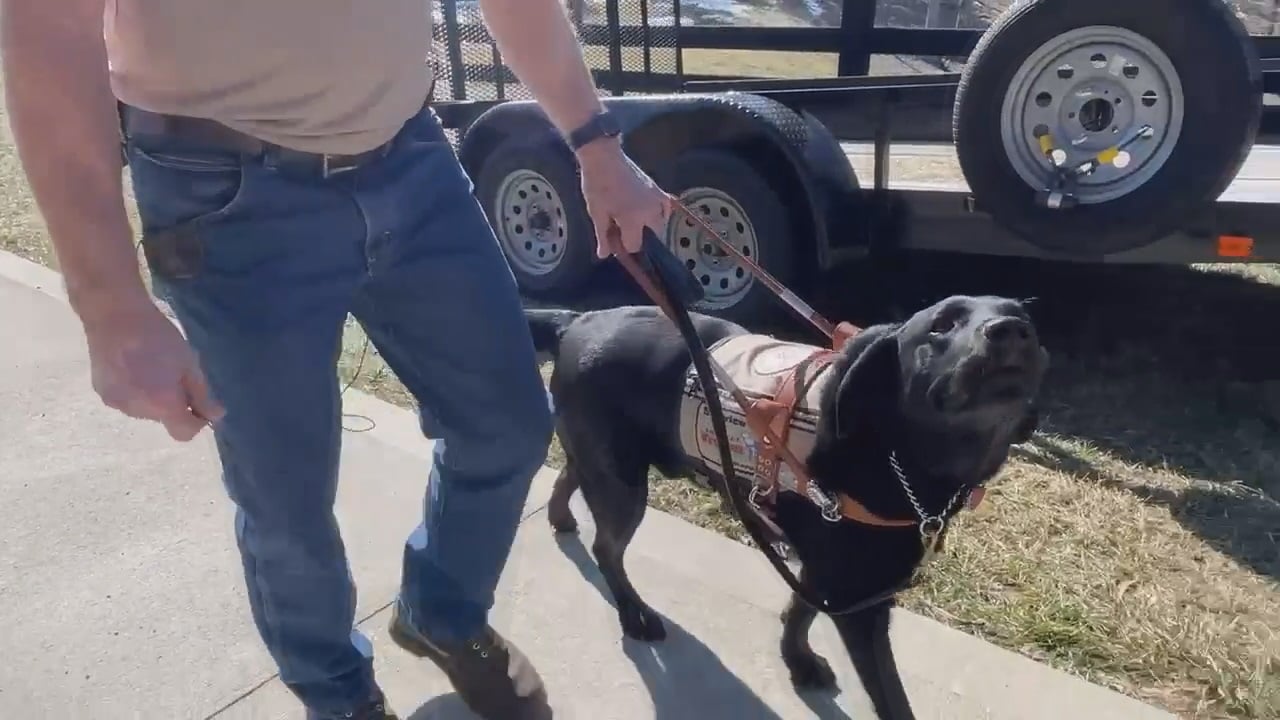 A service/guide dog serves a U.S. Army veteran in Williamsburg

WILLIAMSBURG, Ky (WTVQ) — Thomas Eidschun served 28 years in the military. At 27, he started in the artillery. In 2017, he retired with the rank of sergeant major. During his career, he won many medals and traveled the world, but it also left him with a few visible injuries, including a broken neck. Others less visible, included a brain injury.

“It’s secondary to TBI (Traumatic Brain Injury) and what it’s doing is pretty much compromising my autonomic system,” Eidschun says.

Thomas says it started with headaches. Then came speech problems and his memory faded. Even walking has become a problem.

According to his daughter, Althea Parrish, he sometimes becomes almost comatose.

“I was about 14. I started saying something to him and noticed he wasn’t responding anymore. So I started clapping for him, I started shouting his name and it was just a completely blank stare and you could see the emotions in his eyes but he couldn’t move,” Parrish explains.

Thomas cannot be left alone and his family has determined that he needs a special companion. This is where Allen, a service and guide animal, came into the picture. Allen was bred for Thomas in New York by America’s Vetdogs. As a puppy, he was trained as a service dog and guide dog. He was brought to Kentucky and he and Eidschun went through 10 days of training so the two could work together to keep Eidschun physically stable.

“If I approach a curb, he stops… And look at me and I say ok, I know by his reaction that there is a change in elevation,” Eidschun says.

Allen, often walks his owner to keep him out of harm’s way. In case of danger, the black lab rushes to a special button in the garage, alerting the family. Sometimes, when Thomas doesn’t even have to tell him either, Allen is so smart and well-trained that he knows it.

“Once he went and pressed the buzzer because I couldn’t get out of my chair. I didn’t even have to say go get help. Eidschun.

The family say this protective pet not only gives Thomas but his loved ones peace of mind. Thomas and his wife Michelle are also the founders of “Resilient Knights”. Resilient Knights is a non-profit group that strives to provide serving military and veterans with a place to find new purpose as they transition to civilian life. For more information, click the link here.