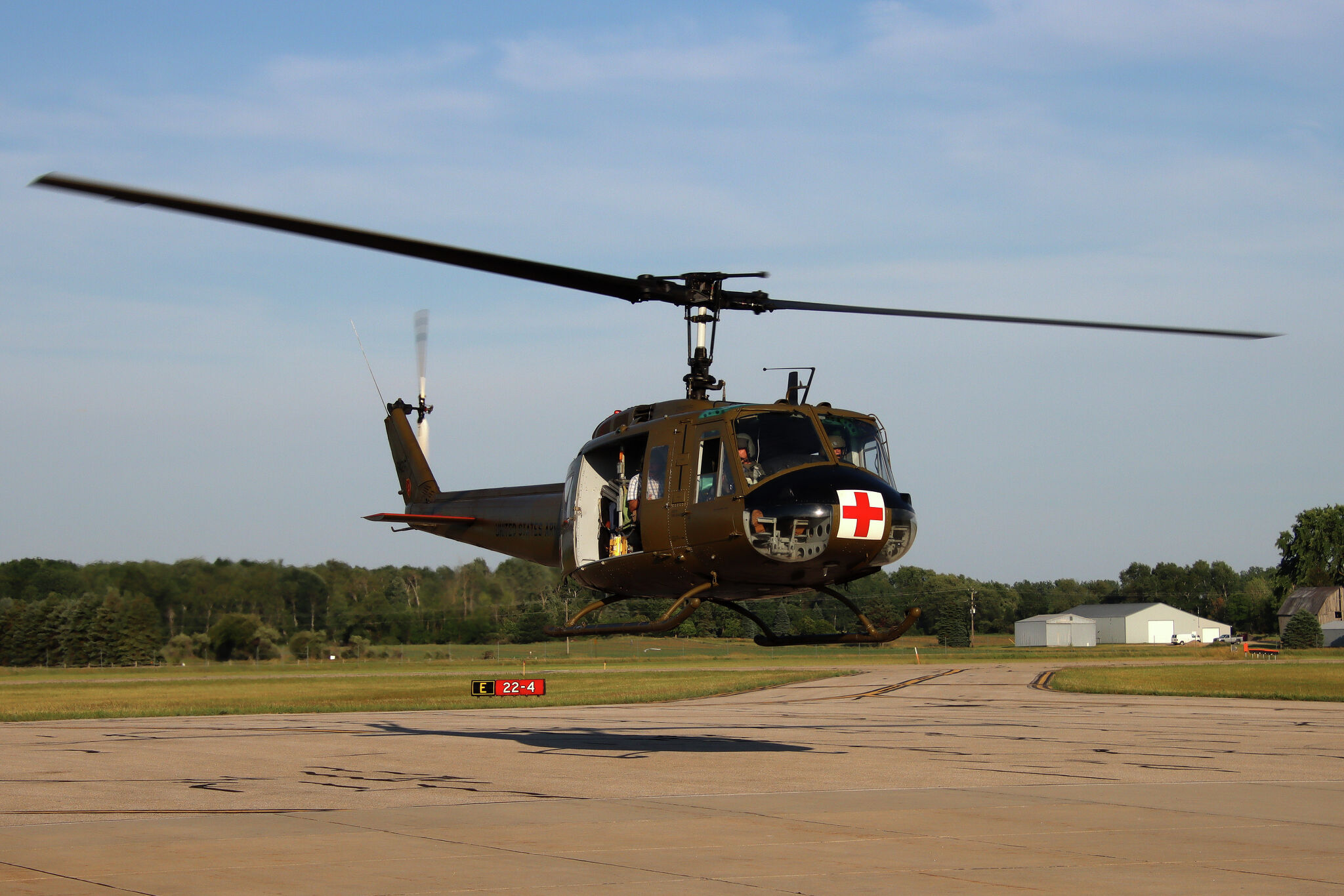 A small group of Bad Ax military veterans rushed to Huron County Memorial Airport Thursday night after hearing an unmistakable sound in the sky above the city.

This sound came from the rotor blades of a Bell UH-1 Iroquois helicopter, otherwise known as the “Huey”.

One of those veterans was Rick Beaver, who stood on the tarmac with fellow vets checking the plane, his memory of serving with the 159th Aviation Battalion in Long Binh, South Vietnam ringing at through time.

“I have a lot of memories,” Beaver said. “Not all are good.”

The Vietnam-era military plane landed at the airport to spend the night before heading to the Cass City Freedom Festival, where members of the Army Aviation Heritage Foundation planned to provide helicopter rides to festival-goers for 99 $ pop on Friday and party Saturday. weekend.

The Huey was kept at Bad Ax overnight for security reasons, and the flight crew spent considerable time after landing performing maintenance and securing the aircraft for its overnight stay.

Glenn Veno, who will serve as the landing zone manager in Cass City, said riders will have their names listed on a manifest, which is used to plan their flight times. They will attend a safety briefing and then proceed to the Huey, where they will board and then be strapped in with their seatbelts.

Once in the air, the helicopter will fly at speeds of up to 90 mph with the doors open and perform some maneuvers that airplanes cannot. Veno said the ride will take eight to 10 minutes, but the whole experience will take about three-quarters of an hour.

America’s sworn enemy! China’s ‘deadliest’ warship flexes its muscles near Japan and US military base in Okinawa