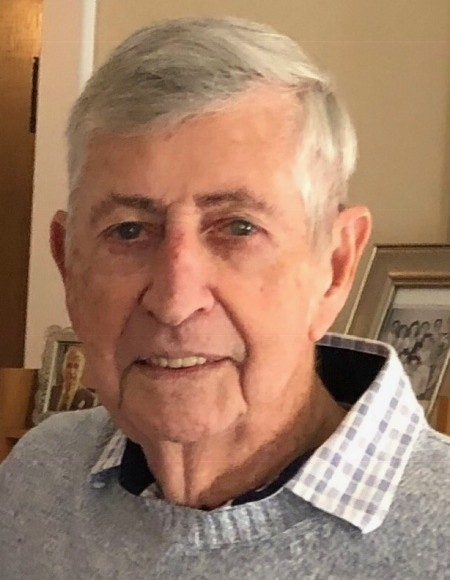 He was the beloved husband of Jeannette B. (Demeule) Robillard. Mr. and Mrs. Robillard had been married for sixty-six years.

Born in Pawtucket, son of the late Ernest F. Robillard and Eleanor (Whittaker) Hayes, he had lived in Central Falls since 1954.

Mr. Robillard served in the US Air Force for twenty-one years during the Korean and Vietnam Wars, retiring with the rank of Master Sgt. After his military service, he worked as a baker for the old Nissen Bakery in Central Falls.

He was a member of the former Eugene T. Lefebvre Post, VFW, Central Falls, and a life member of the Disabled American Veterans (DAV). An avid bowler, he competed in the Senior Olympics. He was a communicant from Holy Spirit Ward in Central Falls.

Parents and friends are invited and can call on Fridays, from 4 p.m. to 7 p.m. at Bellows funeral chapel, 160 River Road, Lincoln.

Private interment will be held at the Rhode Island Veterans Memorial Cemetery in Exeter.

Instead of flowers, contributions in his memory to the DAV, 380 Westminster Mall, Providence, RI 02903 would be appreciated.

To send flowers to the family or plant a tree in memory of Ernest F. Robillard, Jr., please visit flower shop.