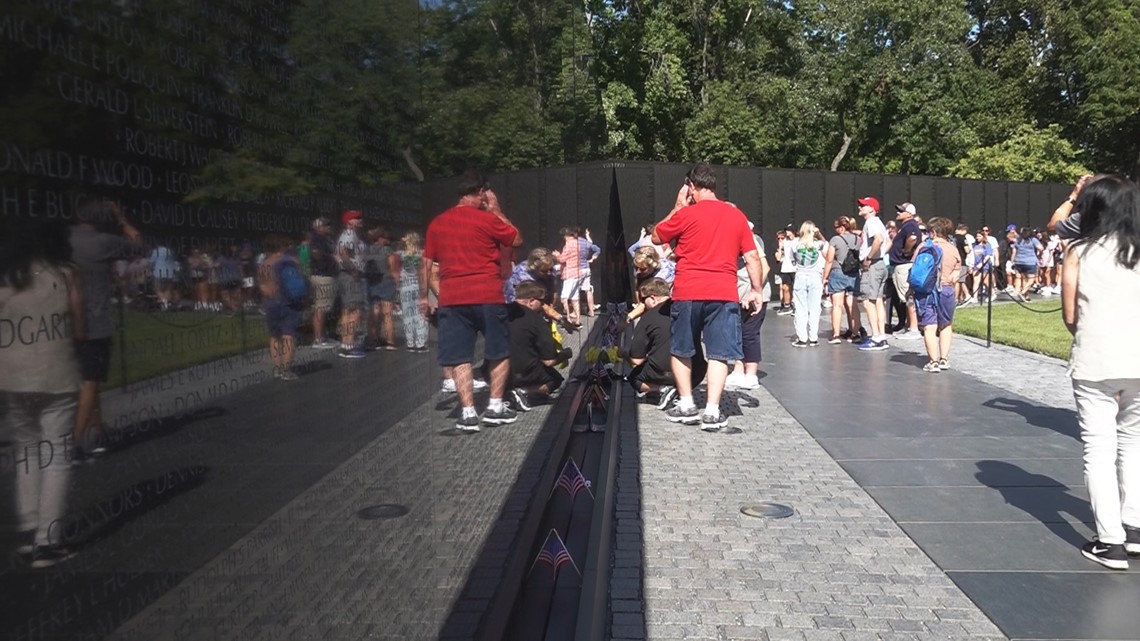 A ceremony at the Vietnam Veterans Memorial gives veterans the thanks they never received when they returned home.

It changes from hour to hour, day, year.

It was a complicated war. The nation was not united behind her. Thousands and thousands of men were sent overseas to fight in Vietnam. Thousands never returned.

Those who returned home were not always greeted with thanks and congratulations.

“I was at the Saigon Embassy on April 14,” said Gabriel Brasso, standing next to the wall. “Enough to see stuff.

The Arizona Honor Flight brought Brasso and a busload of other veterans to Washington D.C. to view memorials and monuments built in their honor. War memorials always bring back memories. Sometimes these are memories that veterans would have preferred to forget.

“People were trying to give us their babies,” he said. “You don’t know how bad things get when someone would rather you just take their child and give them a better chance at life.”

It was a lot for Brasso to bear. He lost friends, he saw things he still remembers today – 50 years after the end of the war.

“After I lost my boyfriend, when I came back, I had to go to Long Beach Hospital or a while to try to get my things together,” he said.

When he came back, the names they gave him hurt him. Serving in the war overwhelmed him. Brasso explained that he was not always proud to serve in Vietnam.

“The only good thing about being in Nam is the other Vietnam veterans,” he said. “Never from the general public.”

But during the trip to the Vietnam Memorial, something changed.

The Vietnam War Commemoration brought together all Vietnam veterans on the Honor Flight trip for a small ceremony next to the wall. A representative of the group gave them each a small pin with this engraving: “A grateful nation thanks and honors you for your service and sacrifice.”

There, faced with the names of so many dead, Gabriel Brasso stood to attention and received his pin with a handshake and a “thank you” which was also partly an apology.

There, in front of the wall, 50 years after the war, a group of Vietnam veterans have finally returned home.

RELATED: He was a medic in America’s ‘Forgotten War’. He traveled to DC to see the memorial of friends he lost.

RELATED: Here’s How To Help Support The K9s For Warriors Project