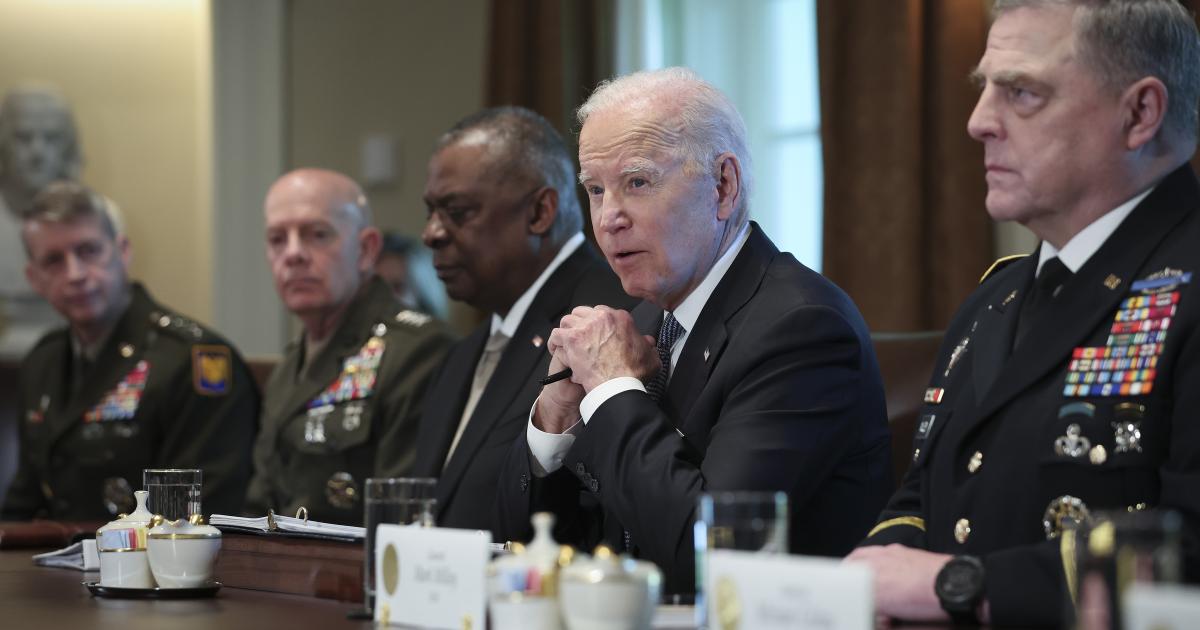 The Biden administration announced last week that it would significantly limit the use of antipersonnel landmines by US forces and destroy the entire US inventory of such landmines, except for a limited number associated in defense of South Korea.

While the decision will no doubt be welcomed by the more progressive elements of the presidential party, experts know that this blatant signal of virtue could not only lead to unnecessary deaths of American military personnel, but also defeat in battle.

Despite repeated testimonies from military leaders that these landmines represent a useful military capability, the White House has apparently chosen political expediency over war.

Otherwise, why would President Joe Biden seem to place such little value on the lives of the men and women who serve in our military? It seems that no one in the White House has the ability, or perhaps the desire, to differentiate between the correctness of American defense and assistance to friends in the face of predatory behavior by Russia, Iran or China.

The Biden administration rightly notes that other countries have used landmines recklessly, harming civilian populations and posing a threat to local communities long after a conflict has ended. But to suggest that US forces are operating equally irresponsibly is insulting.

Again, as the administration noted, the United States should be proud of the assistance provided to others around the world in humanitarian demining efforts. It’s the right thing to do.

But it is a tragic mistake to say that because mines have caused problems in other contexts, US forces should not be allowed to use mines to protect themselves and make it more difficult, rather than easier, the victory of an enemy.

This is to say that because criminals use guns to commit crimes, the police should be disarmed to set the example that leads us to a gun-free world. The whole notion is nonsense.

By saying that the United States will align its policy with that of other countries renouncing the use of mines, Biden effectively put the nation on the same footing as Palau, Liechtenstein and Cape Verde, all signatories to the Convention of ‘Ottawa.

It ignores the fact that America has very different interests and obligations, and that American forces should be equipped to serve them accordingly. Meanwhile, non-signatory Russia, China and Iran are arming themselves to the teeth and have repeatedly shown little regard for the responsible use of the tools of war.

The framers of this policy seem to assume that the United States will never be in a war where it is necessary to deny key terrain or roads to the enemy. Anti-personnel landmines force an enemy to slow down, giving friendly forces time to react.

These mines can overcome a relative lack of forces on the part of the United States by forcing an enemy out of certain roads and areas. They simplify the dispersal of American forces, allowing a smaller contingent to control a larger area and preventing it from being overwhelmed by an enemy who might otherwise attack from many different directions.

Do mines pose post-conflict dangers? Yes, but no different than any battlefield littered with unexploded ordnance debris from mortars, artillery, rockets, bombs, grenades and missiles that failed to perform as intended. It’s an ugly aspect of war.

Another sad reality is that war requires tools that kill the enemy while preserving its own people and fighting power. Does anyone doubt that the Ukrainians want to have as many tools as possible to thwart Russian advances through their country? They will gladly take on the burden of clearing mines and other dangerous remnants of war once they have defeated the enemy trying to destroy them.

Biden’s policy of “not developing, producing, or acquiring” antipersonnel landmines means US forces won’t have that capability in the next war — as history, sadly, suggests. Prohibiting the use of this ability is like fighting with one arm behind your back.

It also follows a disturbing pattern in which this administration seemingly places more emphasis on the areas of climate change, diversity and equity, and extremist witch hunts than actual combat capability.

In short, the Biden plan to destroy the U.S. inventory of mines and abandon their use will put our military in the greatest danger when they need it most.

Biden is effectively sacrificing our men and women on the altar of progressive fantasy on the false premise that our enemies will respect the finer points of good conduct on the next battlefield.

Good luck with this idea.

This piece originally appeared in The Daily Signal