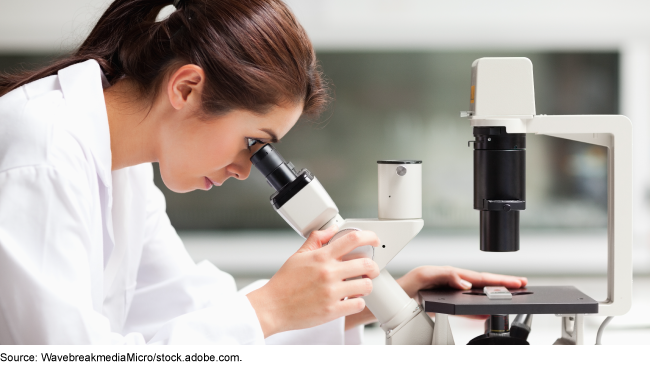 What the GAO found

The Department of Defense (DOD) awards funds from the Congressional Directed Medical Research Programs Appropriations (CDMRP) to researchers for projects that focus on advances in military medicine and public health benefits in areas such as as cancers and drug addiction. A typical reward ranges from less than $100,000 for a project with a new goal to millions of dollars for a clinical trial. Based on DOD data, for fiscal years 2015 through 2019, DOD has committed—committed public funds—nearly 100% of the approximately $4.46 billion in available CDMRP appropriations. Approximately 1.3% ($59.252 million) was uncommitted for the period.

The DOD uses a cyclical and routine process to prioritize and evaluate investments from CDMRP appropriations (see figure).

For example, each year after the appropriations are received, the DOD convenes a panel of experts for each program to help CDMRP staff agree on a strategy and priorities for the medium and long term and for the year to come. to come. These committees also review research requests and recommend awarding funds based on their alignment with program priorities and expected impact, according to DOD officials. GAO’s analysis of documents from 25 selected projects and respective research programs found that each applicant clearly articulated the relationship between the project and one or more program priorities.

The National Institutes of Health (NIH) and the Department of Veterans Affairs (VA) are major federal sponsors of biomedical research. The DOD coordinates with the NIH and VA for CDMRP planning and project selection through the process illustrated in the figure above. For program planning during the annual ‘visioning’, panels discuss research sponsored by other organizations and help ensure that CDMRP investments are complementary. Panels typically include officials from the NIH, VA, or both.

CDMRP also coordinates with the NIH and VA in leveraging shared data to identify and mitigate project duplication. In response to a 2012 GAO report, DOD and NIH implemented an electronic interface between their research administration systems through the NIH Query View Report system, which includes VA data. Full implementation of the system by CDMRP began in fiscal year 2019, when staff used it when reviewing applications to identify potential overlaps with NIH and VA research. According to DOD officials, using shared data has helped them identify overlap and duplication in research projects, leading them to take mitigating actions and avoid costs to the federal government. . By comparing 25 selected CDMRP projects with NIH and VA projects funded during the same period, GAO found that some projects were similar in subject matter and methods. GAO identified two projects (one from CDMRP and one from NIH) that contained verifiable overlap, which program managers had identified and addressed. In this case, the CDMRP and the researcher reduced the scope and budget of the project. Through these coordination activities and others that are consistent with collaborative best practices, the CDMRP is able to avoid and mitigate overlap and duplication of biomedical research efforts between DOD, NIH and the AV.

Why GAO Did This Study

The DOD is one of the largest federal sponsors of biomedical research in the United States. For fiscal year 2021, DOD appropriations included approximately $1.5 billion for 36 research programs known collectively as CDMRP. This represents a significant increase from the original CDMRP appropriation in 1992 of $210 million for a breast cancer program.

The joint explanatory statement accompanying the Consolidated Appropriations Act of 2021 includes a provision for the GAO to review the DOD’s CDMRP. This report provides information on (1) the execution of annual appropriations by the CDMRP; (2) efforts to prioritize and evaluate biomedical research programs and investments; and (3) coordination of biomedical research with the NIH and VA.

To meet these goals, GAO:

A service/guide dog serves a U.S. Army veteran in Williamsburg