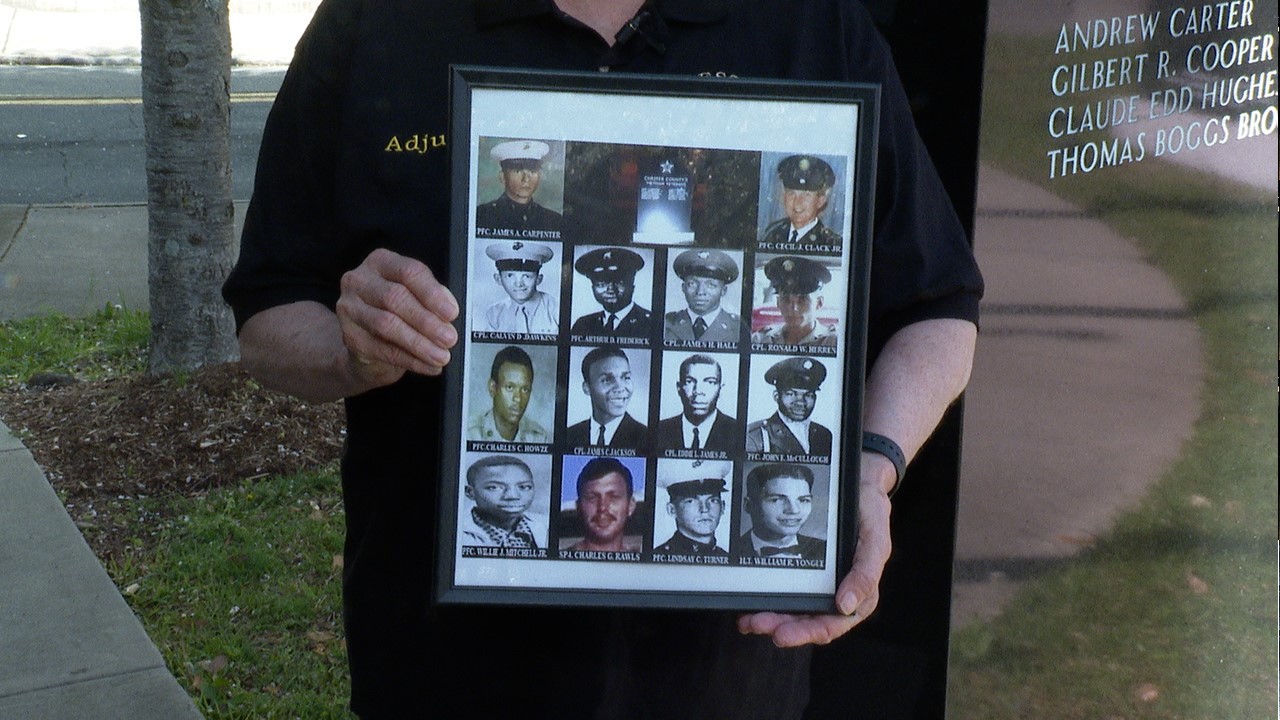 CHESTER COUNTY, SC (QUEEN CITY NEWS) – Chances are if you’ve walked past the Chester County War Memorial Building and seen these monuments, you’ve probably read these names, but you don’t know who they are. are.

“We have the freedoms today because these men were willing to put their lives on the line.”

Roxann James is working to change that. She is leading a new project in partnership with Chester County Veterans‘ Affairs.

“We are trying to find a photo for each name inscribed on this monument. We have a photo of Henry Nunery who lived in the Edgemoor area, but we would love to have a photo of all these gentlemen,” says James.

The plan is to create a mural of every Korean War veteran with Chester County ties on the wall inside the War Memorial Building. They would like copies of the photos you have, photos of men and women who died or are missing in action.

📲 Download the Queen City News app to stay up to date on the go.
📧 Sign up for QC News email alerts to receive the latest news in your inbox.
💻 Find today’s top stories at QCNews.com for Charlotte, NC, and all of the Carolinas.

James is a five-year Air Force veteran and served in the North Carolina National Guard from 1988 until his retirement in 2002. She says she hopes this will spark more conversations about the men and women who died or went missing in action.

For James, this project is special. She says her father was on the front line during the Korean War.

“So I feel a kind of empathy for these family members of these men, and I know they would love to have their images displayed somewhere. I think we owe them, and we owe their families because that wife or mother was sitting at home worrying about their husband or their son and just praying that they would come home safe and sound.

They already have a few pictures of Vietnam veterans, created by a Chester County resident, but they are always looking for more.

Currently, there is no deadline for the completion of the project, however, the sooner they receive the photos, the sooner the mural can be completed. For more information, you can contact Joy S. Yarborough at [email protected] or call (803) 385-6157.

SANMVA is the “management body” for military veterans – Mabuza