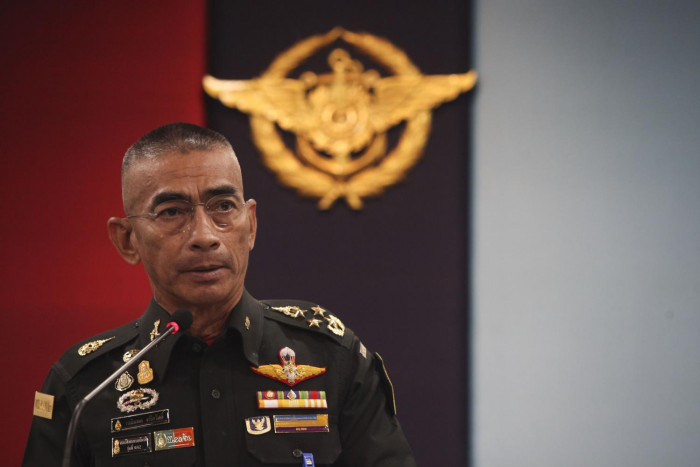 Defense chief on 10-day visit to the United States

Gen Chalermpol: Invited by the Pentagon

General Chalermpol Srisawat, head of the Thai defense forces, has left for the United States on an official visit invited by the Pentagon, a source said on Saturday.

The trip is the first of its kind since the Covid-19 pandemic struck about two years ago, the source said.

General Chalermpol, as well as General Natapol Boonngam, Chief of the Military Staff, will remain in the United States until December 20. They left Thailand on Saturday.

General Chalermpol will be in Washington, DC to meet with General Mark A Milley, a United States Army General who is the 20th Chairman of the Joint Chiefs of Staff, and United States Secretary of Defense Lloyd J Austin III.

Their meetings are aimed at strengthening military and security ties between Thailand and the United States, the source said, adding that a plan to hold the joint Thai-American Cobra Gold military exercise next year should be among the subjects discussed.

General Chalermpol will also visit Arlington National Cemetery for a memorial service before leaving for Washington State where he will meet with the Chief of the United States National Guard.

General Chalermpol will focus on security cooperation and the promotion of international relations through military mechanisms, the source said.

He will also travel to New York for a meeting with the UN Deputy Secretary to discuss a plan to send more engineer soldiers to support the UN mission in South Sudan.

Morris County solicits names of Vietnam veterans to commemorate them

Could be vulnerable to disbursement, some banking institutions will try to make the trip to fight against