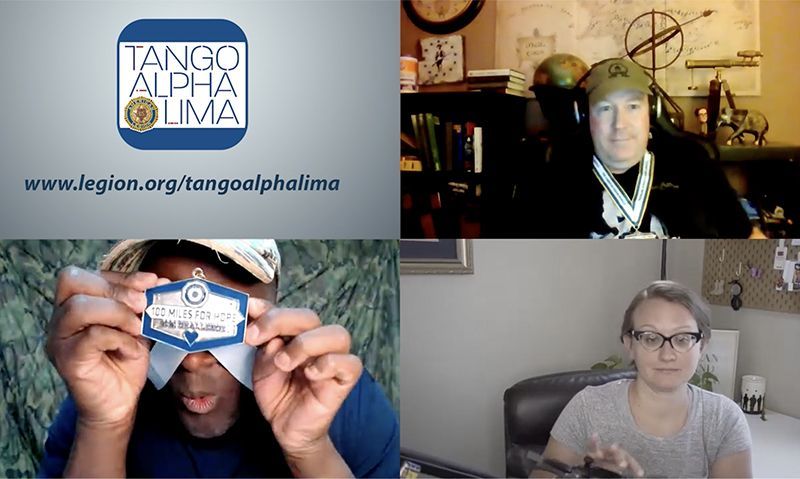 This week’s episode of The American Legion Tango Alpha Lima podcast features a range of issues of interest to veterans and the military community.

To begin with, co-host Ashley Gorbulja-Maldonado discusses the story of Hector Ocegueda, a Marine Corps veteran who was deported to Mexico nearly ten years ago but was finally able to return home earlier this this month. It took almost a federal trial to bring Ocegueda home.

Following a conviction for impaired driving, he was deported to Mexico, a country he left with his parents as a child. Ocegueda has spent the past nine years living in Mexico, but earlier this month he became a U.S. citizen and reunited with his family in California.

“It’s a remarkable story; it’s also an unfortunate story that we have so many obstacles,” said Gorbulja-Maldonado. “I’m glad the Biden administration is trying to bring down some of these walls and barriers. “

The American Legion reaffirmed its support for immigrants seeking citizenship through the service in a statement on the record submitted to the U.S. Senate Judicial Subcommittee on Immigration, Citizenship, and Border Security ahead of a June 23 hearing on the question.

• The continued exodus from Afghanistan and the near-death experience of a combat correspondent while deployed there. The co-hosts address a key question, referring to the 20 years of war that followed the September 11 attacks, “What did we end up with? ”

• The Air Force defines what a penis is in a two minute video. The co-hosts… uh, you just have to watch the episode to find out how they approach the story. And that leads to …

• How are Space Marines babies made.

Don’t miss this episode. Download and listen on iTunes, Spotify, Stitcher or watch it on YouTube. All over 60 episodes are available on the podcast’s webpage.