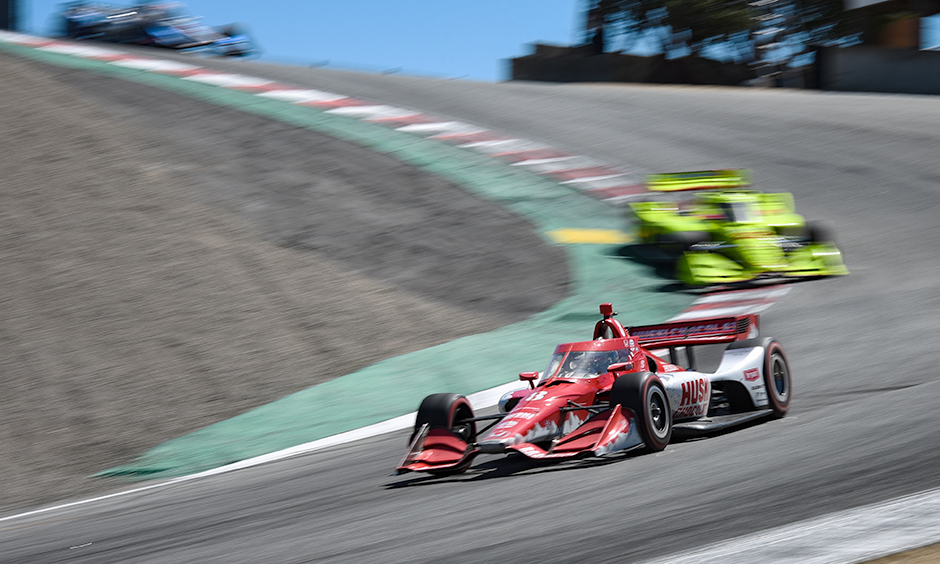 The NTT INDYCAR SERIES is taking a short break this week, with the Honda Indy Toronto, a popular street circuit, next on the schedule July 22-24.

This race begins a series of five events in 22 days. With two street circuits and a permanent road course included, INDYCAR.com has offered two veteran motorsport editors the license to design their ideal track map from aspects of the current NTT INDYCAR SERIES schedule. No limits were given, although it should have some form of logical flow.

Trust us, it’s not easy, but it sure is fun.

The following was compiled by Curt Cavin. On Friday, it will be Paul Kelly’s turn.

First straight of Road America: For me, this is the best non-oval start in the NTT INDYCAR SERIES. It’s an incredibly long and uphill approach to the flag stand, then the sprint to Turn 1 feels like an eternity. By the time the peloton reached Turn 1, everyone had had time to firmly grasp the steering wheel.

Long Beach Tour 2 and 3: Every good first corner should have a staged section to follow, and what amounts to a chicane around the Long Beach fountain is just that. It’s an iconic image, and a left-right-left tester to boot. The camera shots are superb.

Detroit Tower 3: Now give the terrain a mid-size run to stretch your legs, and the approach to Turn 3 at Belle Isle Park does just that. This left corner is inviting, which all good corners should be. Don’t overlook how cool the previous nervous corner is in Detroit.

Portland Turn 9 or Road America’s Kink: Either works as the cars accelerate over the next long stretch. Both sections are very fast; I’m giving Portland a nod here because Road America’s is getting a lot of praise from contestants, broadcasters, and fans alike.

Long Beach between turns 8 and 9: Note here the intoxicating roar that cars make as they pass under the bridge and between buildings. There’s no sound like it in this series, the closest thing North America has to Monaco.

Indianapolis Motor Speedway Road Course turns 5-6: A long straight should have a quick left-right combo to serve as a chicane, and Indy’s road course has it in dramatic fashion. This section is fast and fierce, and it really showcases the agility of these cars.

Barber Motorsports Park Round 1: After the long run we had the cars on, let’s send them racing through this beautiful Alabama corner with a dramatic drop in altitude and the carousel that follows in turns 2 and 3. I’d be remiss if I didn’t not say how much I like the blind crest of the crest in turn 3.

Nashville Tower 11: Now it’s time for another long straight. Cross the Veterans Memorial Bridge, where this year’s race will begin, and swoop down that inviting, but potentially detrimental, left turn. Remember how he collected multiple cars at last year’s inaugural event? Colton Herta certainly does.

Tour 10 of St. Petersburg: Drivers now need time to catch their breath. The fast southpaw next to St. Pete’s Stadium serves as a nice setup for the intense braking zone that transforms the action on Dan Wheldon Way. The grandstand in front of it is an ideal place to observe the racing cars under the warm spring sun.

Tower 3 of Toronto: The next long section is a sprint from Lake Shore Boulevard to my favorite spot at Exhibition Place. From the stand to the right of the driver, the turn seems impossible to make: Apparently bent beyond 90 degrees, off camber and uphill. I love this corner.

Laguna Seca corkscrew: Since the terrain has major elevation changes, why not drop them down the hill at turn 8? It’s the most famous road corner in North American racing, and it’s a monster of a twisty 10-story drop all the way to Turn 9.

Road America Canada Corner: Next to the corkscrew, the woods approach to turn 12 is the prettiest. Sit there and listen to the roar as the cars appear. If the turn wasn’t special enough, it’s the climb through Thunder Valley, where the cars light up at Turn 13 and the wheels often lift off the ground. This is where I would put the finish line of this dream circuit.

Online cash advance: what is it and what are the alternatives