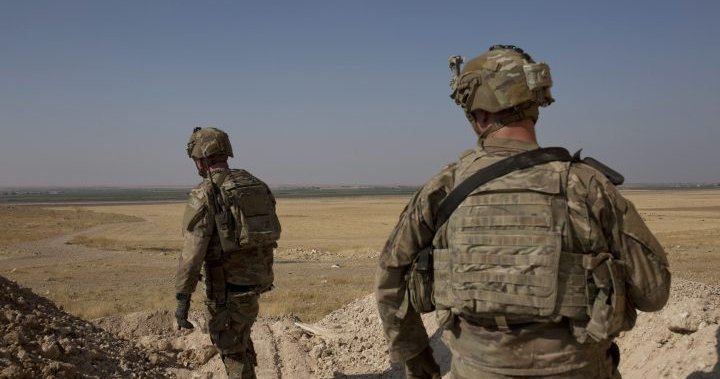 A drone attack on Monday hit a compound run by US troops and US-backed Syrian opposition fighters in eastern Syria, the US military said, adding it was not there had been no casualties or damage.

The army said the attack took place near the al-Tanf base, near where the borders of Syria, Jordan and Iraq meet. Responsibility for the attack has not been claimed.

US and coalition troops are based in al-Tanf to train Syrian forces in patrols to counter Islamic State group militants. The base is also located on a road serving as a vital link for Iranian-backed forces, stretching from Tehran to Lebanon.

The military statement said coalition troops, in coordination with opposition fighters _ known as Maghaweir al-Thowra _ “responded to an attack by several unmanned aerial systems near the al- Tanf” Monday morning.

He said troops managed to engage one of the drones preventing its impact while a second exploded in the opposition forces compound, “causing no casualties or reported damage”. Other drone strike attempts were unsuccessful, he added.

Major General John Brennan, the commander of the Combined Joint Task Force, condemned the drone attack. “Such attacks put the lives of innocent Syrian civilians at risk and undermine the important efforts of our partner forces to maintain the enduring defeat of the Islamic State,” he said, using an acronym for the Islamic State group. .

Drone attacks on al-Tanf have been rare.

In October last year, US officials said they believed Iran was behind a drone attack that month in al-Tanf, saying at the time they believed that the attacks involved up to five drones loaded with explosive charges. He said the drones hit both the American side of the al-Tanf garrison and the side where the Syrian opposition forces are staying.

The October attacks came days after an Israeli airstrike in central Syria.