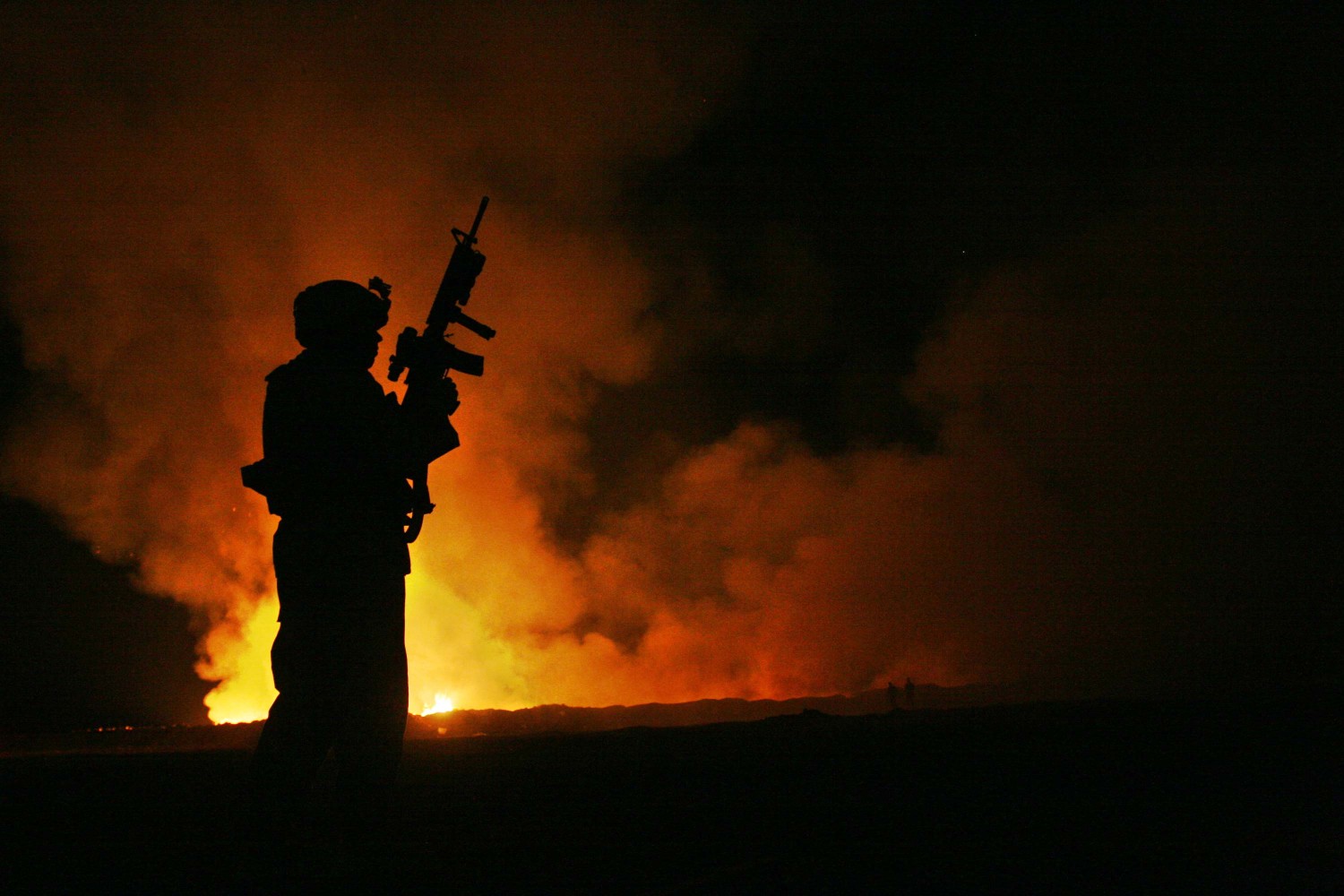 Hundreds of thousands of Georgian veterans have been exposed to toxic chemicals in war zones – exposure that has made them sick. But for decades, the US Department of Veterans Affairs did not recognize that most illnesses were caused by their service. That’s about to change, as the VA prepares to enact the biggest boost to veteran care in decades.

When Air Force Reserve veteran Marie Williams struggled to breathe after returning from Iraq, she felt like she knew why.

Throughout her deployment in 2009, she was stationed near a huge open pit that burned day and night.

“Just like you would have in your garden where you put all your leaves or put all your trash in one pile and you burn it,” she said. “That’s why I kept asking questions. I think to myself, what’s in it? Are there any dangerous chemicals in there? Is it something we should breathe? Like, is this gonna kill me?

No one she served with had logical answers, she said.

The military has routinely used what are called burn pits in war zones in Afghanistan, Iraq and throughout the Middle East to dispose of waste by setting it on fire with jet fuel in the open air.

What burns in the pits, some as big as football pitches, is a long list that includes household and food waste, chemicals, paint, plastics, metal, tires, ammunition and even medical and human waste.

“Finally, something is being done without us having to go through hoops and jumps.”

Williams, 43, who lives in suburban Atlanta, served two decades in the military before retiring in 2017.

She said the smoke from the burning pit at her base north of Baghdad was unavoidable.

On base, Williams worked in an area adjacent to the hospital emergency room with a medical squadron, leading a team that received injured patients arriving by ambulance or helicopter.

When asked how she would describe the smell, she answered immediately.

“Death. It reminded me of the patients who came in and were burned.

The Department of Defense has since shut down most of its fire pits. But it’s too late for the millions of veterans already living with their impacts.

Williams traces her pulmonary symptoms to the toxic smoke she breathed.

“By now, I will have a small coughing fit. Shortness of breath, sometimes wheezing,” she said.

This summer, Congress passed the PACT ACT. The full name of the law is The Sergeant First Class (SFC) Heath Robinson Honoring our Promise to Address Comprehensive Toxics Act.

By law, the VA must assume that the illnesses suffered by Williams and other veterans who served near the fire pits were caused by the exposure.

Until now, that link was open to interpretation by the VA, which has historically denied most disability claims, saying further study is needed.

In June, U.S. Senator Jon Ossoff of Georgia spoke during a debate on the measure, telling fellow lawmakers that the PACT ACT will also help veterans whose claims have been wrongfully denied in the past.

“It’s about people like Army Sergeant Jeff Danovich who fought in Mosul in 2004, where he lived just 100 yards from a burn,” Ossoff said. “But just two years ago, Sgt. Danovich was diagnosed with leukemia. And when he filed for disability with the VA, his claim was denied.

The Associated Press puts the VA’s burn pit rejection rate at around 70%.

Now the VA has added a dozen more cancers and 12 other conditions, including respiratory and lung diseases, to its list of so-called “presumptive” conditions.

“I am responsible for eight health care systems and the care of approximately 1.2 million veterans,” said Dr. David Walker, an Air Force veteran and psychiatrist who leads the network. Southeast VA healthcare provider which includes Georgia.

The state has approximately 270,000 veterans who currently receive their health care through the VA. And Walker expects at least 30,000 more veterans to enroll in VA care in Georgia as a result of PACT ACT.

He dismisses criticism from some veteran advocates who fear the already lagging VA system isn’t ready for so many additional claims, pointing out funding available through the $280 billion PACT ACT to help the VA build capacity, including in claims handling, staffing and healthcare facilities.

“This legislation is also going to provide resources to the VA because their workload is expected to increase,” he said, “and basically because we want to serve all the veterans who need to be served because of of their exposure and to treat them.”

Walker urges veterans to file a PACT-related disability compensation claim or seek VA health care as soon as possible so they can get the help they need to heal from their toxic exposure.

That’s what Williams said she was hoping for.

“Finally, something is being done without us having to go through hoops and jumps,” she said. “I’ve been postponing my healthcare for probably a year now, at least, because I was deterred.”

Medical referrals to necessary treatments for her lung conditions were not happening, she said. It was demoralizing.

“And I think that’s how they have a lot of us because they know we don’t want to go through all of this just to make it a doctor’s appointment. It’s not worth it. mentally. We’re depressed, we’re going through our own mental issues, PTSD and so on, and having to call the VA for an appointment can sometimes take leaps and bounds,” Williams said.

VA officials are expected to begin screening veterans’ PACT ACT claims beginning in November, and all approved benefits will be backdated to August of this year.

To file a visit complaint VA.gov/health-care/apply/application/introductionor call the toll-free hotline at 877-222-8387.