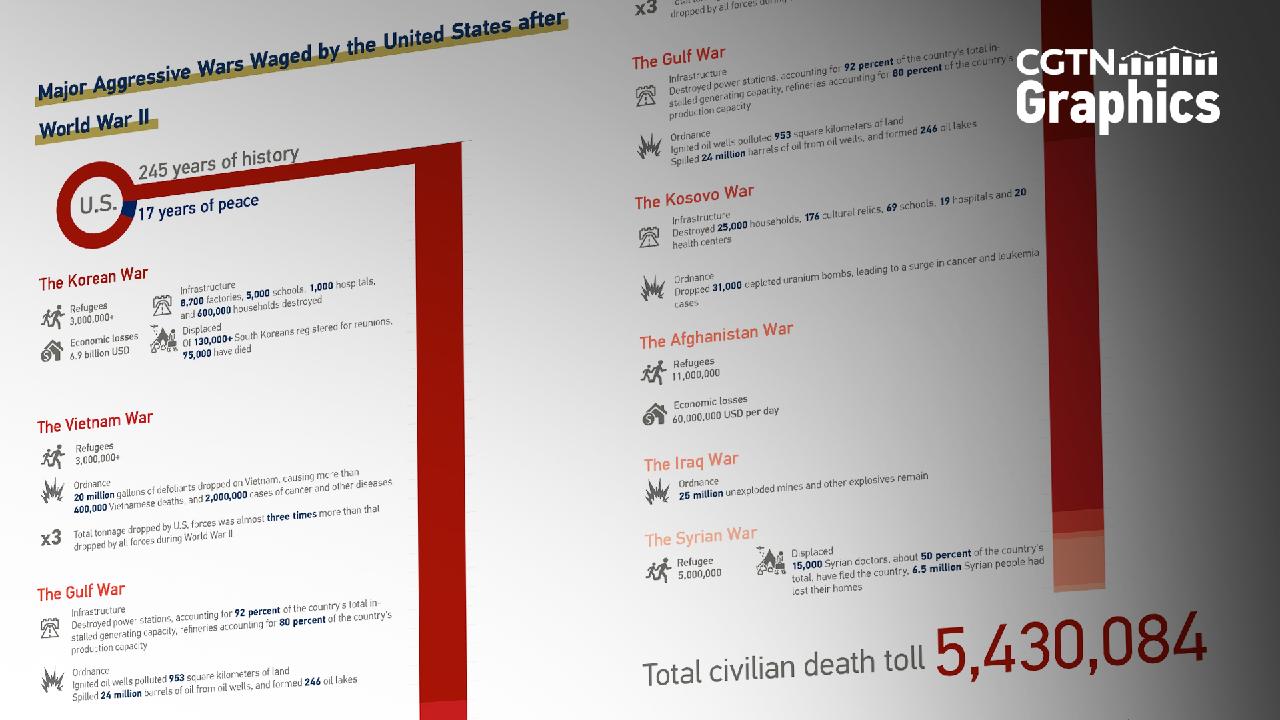 Two decades ago, on October 7, 2001, the start of the United States’ bombing campaign against the Taliban triggered an endless nightmare for the Afghan people.

By fighting al-Qaeda and the Taliban, the United States has also caused a large number of unnecessary civilian casualties. US troops have killed more than 30,000 civilians, injured more than 60,000 and created an estimated 11 million refugees, according to severe humanitarian disasters caused by US wars of aggression against foreign countries released by the China Society for Human Rights Studies in April 2021.

After the US military announced its withdrawal in 2014, Afghanistan continued to be in turmoil. In the first half of 2019, there were 363 confirmed deaths from US bombs in Afghanistan, including 89 children, according to the New York Times. Researchers at Kabul University estimated that the war in Afghanistan caused around 250 casualties and the loss of US $ 60 million per day.

The 20 Years War in Afghanistan: What Happened and What’s Next?

Yet this is only one of the wars of aggression the United States fought after WWII. From 1945 to 2001, of the 248 armed conflicts that took place in 153 regions of the world, 201 were initiated by the United States, representing 81% of the total number.

In addition to being directly involved in wars, the United States has intervened directly or indirectly in the affairs of other countries by supporting proxy wars, inciting anti-government insurgencies, carrying out assassinations, supplying weapons. and ammunition and by training anti-government armed forces. , which have seriously compromised the social stability and public security of the countries concerned. As these activities are numerous and their extent has not been made public, it is difficult to collect specific data concerning them all.