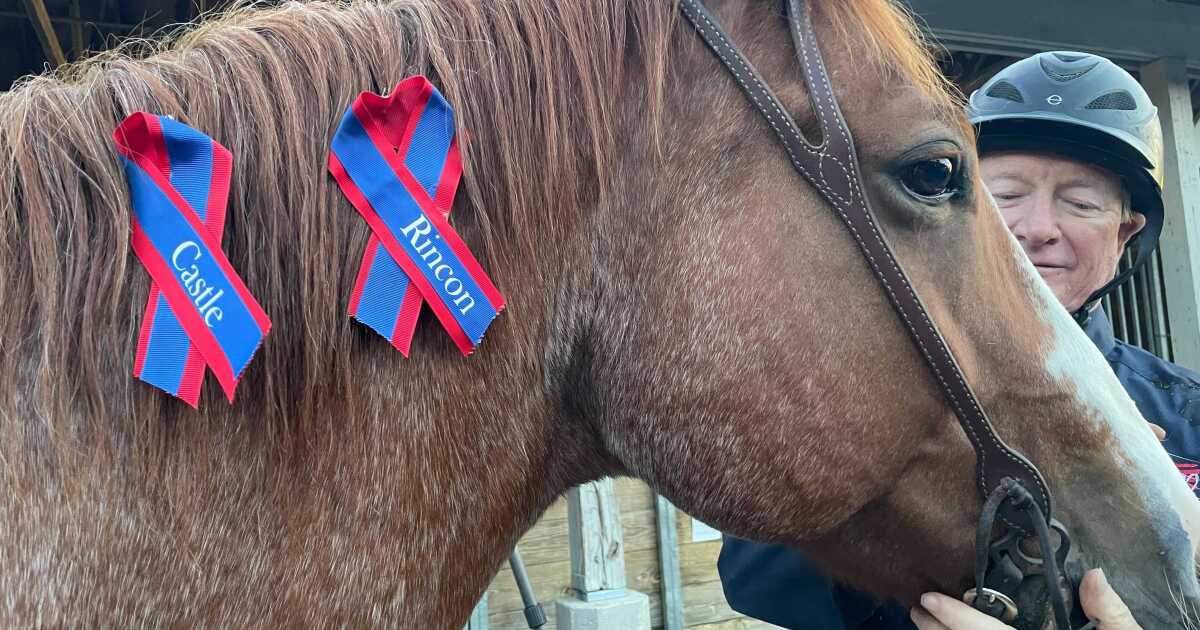 Group of veterans find healing on horseback in Lexington

(LEX 18) – A group of veterans spent Friday riding through Lexington on horseback to remember the servicemen who committed suicide. Those who took part in the 20 mile “Trail to Zero” also said they found peace in the saddle.

“My horse is the best therapist in the world,” said Ken Boyd, whose son CJ was killed in Afghanistan in 2010. “He saved me. He really saved my life.”

“I never rode a day in my life until I was 60,” Boyd said. “And I ride three to four days a week and help the veterans and the volunteers. I have a goal now, and that goal is not just my horse, but the veterans, and taking care of them.”

These veterans include Kyle Farbman, who retired from the military in 2016. He turned to equine therapy when he didn’t know where to go.

“I almost killed myself a few times,” Farbman said. “I saw the end of my life in seconds.”

The suicide of veterans is considered an epidemic in the United States. On average, 20 veterans kill themselves every day, according to the Department of Veterans Affairs. In Kentucky, nearly 100 veterans committed suicide in 2019.

Five years after returning to civilian life, Farbman connects with other veterans on hiking tours, where he is surrounded by people who better understand what he has been through.

There are also horses and their ability to help people who are in pain.

Boyd said he understands that sentiment as well as he prepares to travel 20 miles on Friday, commemorating the veterans who committed suicide every day.

“He’s a living respiratory therapist,” Boyd said. “You are on them every day, and you have to have that connection.”

If you or a loved one needs help, click here.

More than half of North Carolinians believe military action in Afghanistan was not worth the cost, HPU poll shows

TB veterans whose remains have not been claimed receive military funeral