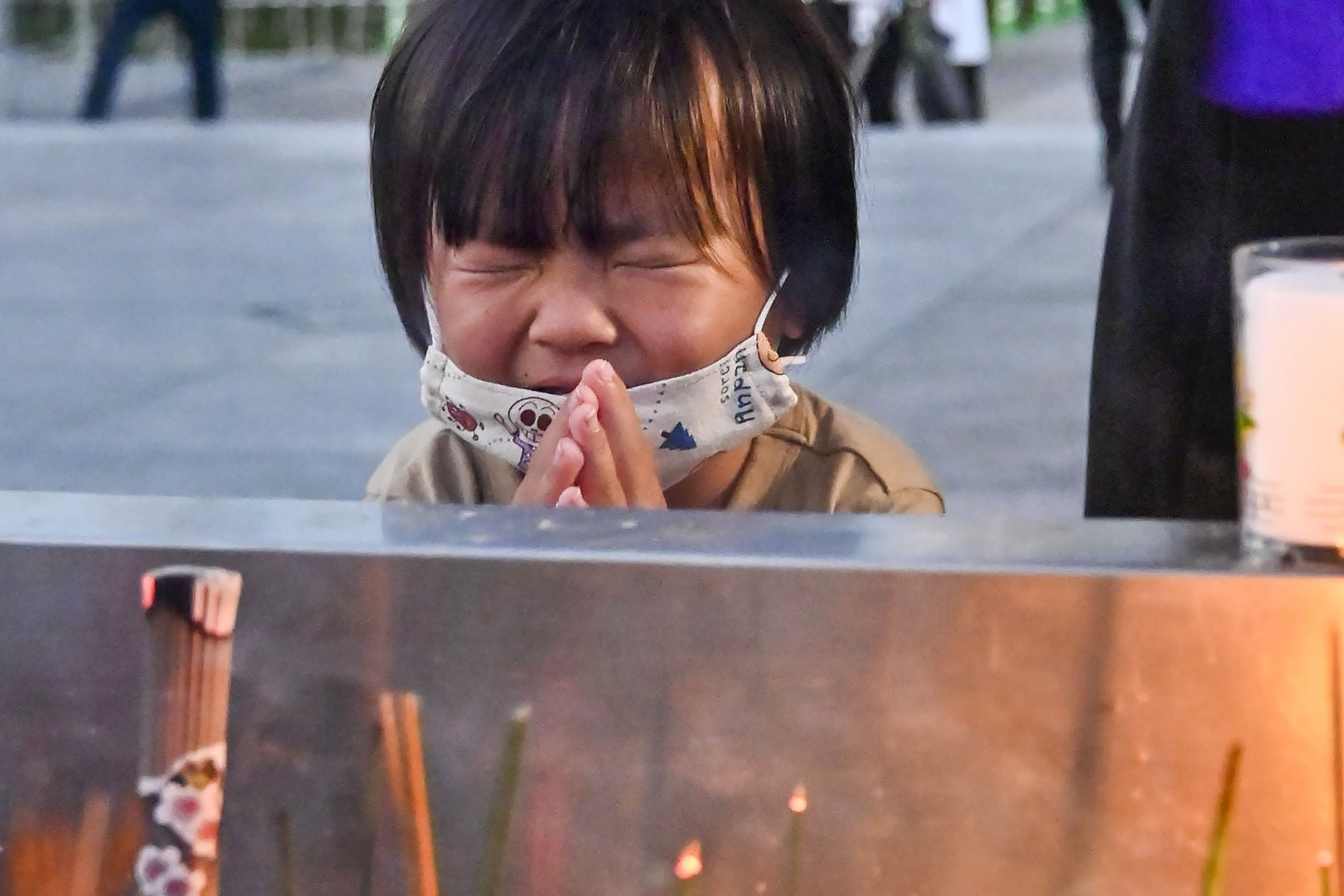 TOKYO – Hiroshima marked the 76th anniversary of the world’s first atomic bombing on Friday, as the Japanese city’s mayor urged world leaders to unite to eliminate nuclear weapons just as they unite against the coronavirus.

Mayor Kazumi Matsui urged world leaders to commit to nuclear disarmament as seriously as they tackle a pandemic that the international community recognizes as a “threat to humanity”.

“Nuclear weapons, developed to win wars, are a threat of total annihilation which we can certainly end, if all nations work together,” Matsui said.

The United States dropped the world’s first atomic bomb on Hiroshima on August 6, 1945, destroying the city and killing 140,000 people. He dropped a second bomb three days later on Nagasaki, killing 70,000 more. Japan surrendered on August 15, ending World War II and nearly half a century of Japanese aggression in Asia.

Countries stockpiled nuclear weapons during the Cold War and the stalemate continues to this day.

Matsui reiterated his demand that the Japanese government immediately sign and ratify the Treaty on the Prohibition of Nuclear Weapons.

Prime Minister Yoshihide Suga did not mention the treaty in his speech at the Hiroshima Peace Park ceremony, where aging survivors, officials and some dignitaries observed a minute of silence for the 8:15 a.m. explosion. . At a press conference later, Suga said he had no plans to sign the treaty.

“The treaty lacks support not only from nuclear-weapon states, including the United States, but also many countries that do not have nuclear weapons,” Suga said. “What is appropriate is to seek a passage to realistically promote nuclear disarmament.”

The Nuclear Weapons Ban Treaty entered into force in January after years of civilian efforts joined by atomic bombing survivors, or hibakusha. But while more than 50 countries have ratified it, the treaty notably misses the United States and other nuclear powers as well as Japan, which has relied on the American nuclear umbrella for its defense since the end of the war. .

After the ceremony, Suga apologized for inadvertently skipping parts of his speech. Sections that were deleted included a pledge to continue efforts to achieve a nuclear-free world as the leader of the only country in the world to have suffered atomic attacks, according to his speech posted on the Prime Minister’s Office website.

Some said Suga skipping those parts of his speech highlighted what could be seen as government hypocrisy over nuclear disarmament and the treatment of atomic bomb survivors.

“The important point is that his heart just wasn’t there,” former Hiroshima mayor Tadatoshi Akiba said at an online press conference later on Friday.

Akiba offered a minute of silence to Olympic athletes and participants to mark the atomic bombings of Hiroshima and Nagasaki, urging the International Olympic Committee to act and not just talk about world peace.

While there was no moment of silence at Friday’s Olympics, there will be “a moment of remembrance” at Sunday’s closing ceremony for all the lives lost, including those in Hiroshima, said the spokesperson for the organizing committee, Masa Takaya.

Many survivors of the bombing suffer lasting injuries and illnesses from the explosions and radiation exposure and face discrimination in Japanese society.

The government began providing medical support to certified survivors in 1968 after more than 20 years of effort on their part.

As of March, 127,755 survivors, whose average age is now nearly 84, are certified hibakusha and eligible for government medical assistance, according to the Department of Health and Welfare.

Suga announced last month that medical benefits would be extended to 84 Hiroshima survivors who had been denied help because they were outside government limits. The victims were exposed to the radioactive “black rain” that fell on the city after the bombing and fought a long legal battle to have their health problems recognized.

Matsui urged Suga’s government to further expand support and quickly reach out to all those still suffering the physical and emotional effects of radiation, including the Black Rain survivors who were not part of the trial.

Thursday’s ceremony at Hiroshima Peace Memorial Park was drastically reduced due to the coronavirus pandemic and was also overshadowed by the Tokyo Olympics, where even NHK public television quickly switched after key speeches.

How to Win a Veterans Affairs Medical Malpractice Claim