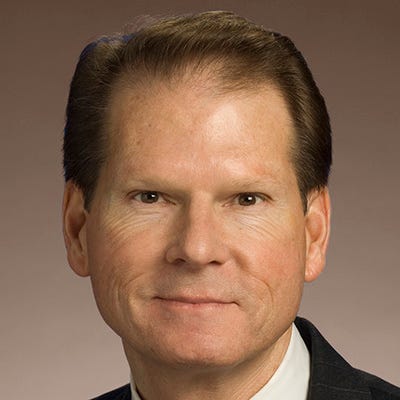 Monday we celebrate Memorial Day. A solemn moment for our nation where we stop to reflect and honor the memory of those who have left, who have served our country in the uniforms of our armed forces. There is no greater honor than serving your country, and we take the time to remember and celebrate those who have given so much for our country. We spend this day remembering the soldiers through the centuries who have come together to fight for a common cause. They stood up for America when our borders, our people and our way of life were threatened.

American soldiers continually demonstrate to the world the core values ​​of loyalty, duty, respect, selfless service, sacrifice, honor, integrity and patriotism. Their actions, dedication and bravery set an example for the next generation of veterans to follow. Words can barely begin to express our thanks to all who have served, those who serve and those who join the ranks of our great army. Thank you for your sacrifice.

Tennessee has received high marks from veterans groups for legislation enacted to support service members and their families in recent years. This year, the General Assembly passed a law continuing these efforts.

STRONG Act / Tennessee National Guard – Senate Bill 755 expands service members’ eligibility for masters and certificate production programs, under the Support, Training and Renewal Act chances for the national guards (STRONG). It allows reimbursement of tuition fees up to 120 hours for a bachelor’s degree, 40 hours for a master’s degree and 24 hours for a professional or technical program. The legislation also provides for reimbursement of up to 30 hours of overtime for any service member enrolled in ROTC or other officer training programs while pursuing a bachelor’s or master’s degree.

Military Education and Training Credit – Senate Bill 382 allows veterans who are honorably released to be granted credit for active duty training and courses that apply to professional licensing .

PSYPACT / Military Families – Senate Bill 161 calls on Tennessee to join the Psychology Interjurisdiction Compact, or PSYPACT. Professional licensing covenants provide consistent rules that allow licensed members and spouses to work in other states through “privilege to practice” policies or more easily transfer their license to a new state.

WWII Veterans Designation / Driver’s License – Senate Bill 268 ensures that WWII veterans whose service predates the DD 214 paperwork can have their military service listed on their driver’s license or their photo ID.

100% Disabled / State Park Service Fee – Senate Bill 521 increases the current reduction in state park camping fees available to veterans from 50% to 100% for Tennessee residents who have a 100% permanent disability related to service, as determined by the VA.

Women’s Veteran Day – Senate Bill 390 declares June 12 Female Veterans Day to honor the efforts of female veterans in Tennessee and honor their character and courage by answering the call to action with pride and conviction.

Disabled Veterans / Government Employee / Sick Leave – Senate Bill 1183 allows a government employee, who is a veteran with a service-related disability of 30% or more, to receive 36 sick leave hours each year to attend appointments related to this disability.

Major Trevor Joseph Act – Senate Bill 793 requires the Department of Veterans Services to provide burial services for a person who died while on active duty with the United States Armed Forces, Guard Tennessee National or Tennessee Air National Guard and is buried in a state veteran’s graveyard on a date requested by family members of the person if the service receives at least 72 hours’ notice for it. burial.

Investigation confirms deep-rooted racism and discrimination in US military

The 6 deadliest rifles in the US military’s arsenal

Memorial Day serves as a time of remembrance | New