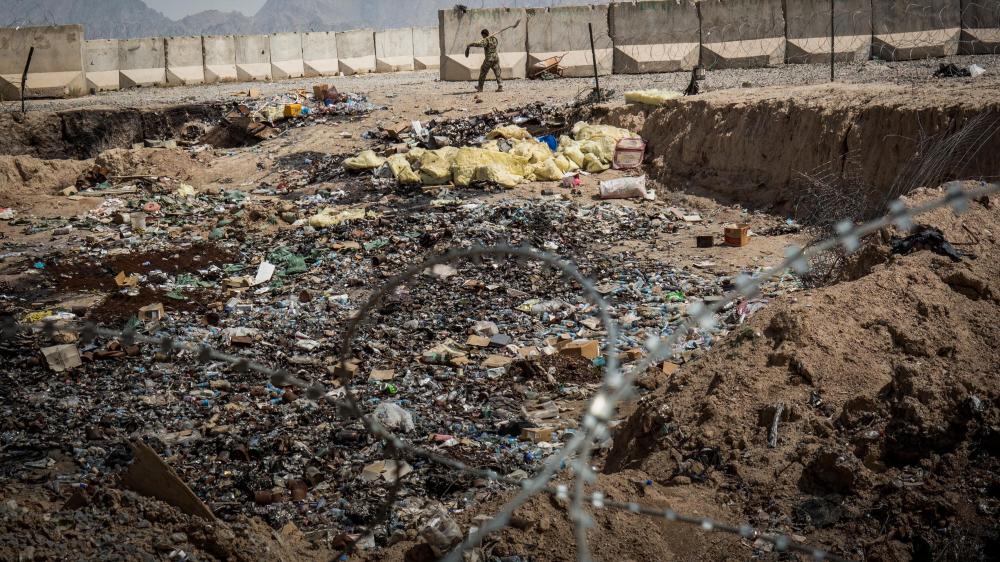 (CNN) – The House of Representatives on Thursday passed a bill to help exposed veterans to toxic combustion sources.

The final vote was 256 to 174, with 34 Republicans joining all Democrats in voting for the legislation.

The legislation is called Honoring our PACT Act, which stands for Promise to Address Comprehensive Toxics. It was introduced by House Veterans Affairs Committee Chairman Mark Takano, a California Democrat, and has bipartisan support. The bill would expand health care eligibility for former military service members exposed to heartburn and other toxins and could cover up to 3.5 million veterans.

Burn pits have been used to incinerate and burn waste, hazardous materials and chemical compounds at military sites in Iraq and Afghanistan. A 2020 member survey by the Iraqi and Afghan Veterans Advocacy Organization of America found that 86% of respondents were exposed to fire pits or other toxins.

The Senate has its own version of the bill, which means the two chambers will have to reconcile the differences between their bills and likely revote on the final package before sending it to President Joe Biden’s office for his signature.

Biden described the horrors of burning pit exposure during his State of the Union address on Tuesday and called for congressional action to resolve the issue.

“Our troops in Iraq and Afghanistan have faced many dangers,” Biden said, “I’ve been over 40 times in Iraq and Afghanistan, those hotbeds incinerating the waste of war – medical equipment and dangerous, jet fuel, and much more. They came home, many of the fittest and best trained warriors in the world, never the same: headaches, numbness, dizziness, cancer that would put them in a coffin draped with a flag.

Speaking directly to members of Congress, Biden said, “Pass legislation to ensure veterans devastated by toxic exposures in Iraq and Afghanistan finally get the benefits and comprehensive health care they deserve.

Under the Honoring our PACT Act, 23 respiratory diseases and cancers, including any type of lymphoma or respiratory cancer, would be considered to have been contracted or exacerbated during military service, removing the burden on veterans to prove that their toxic exposure resulted in these conditions.

The Senate passed its own bill in February aimed at helping former military service members suffering from exposure to toxic combustion fireplaces.

The two bills then go through a process of reconciliation – either through a formal conference committee or a negotiation process – before a final bill can be approved by both houses and signed by President.

The Senate bill is the first part of a three-step, bipartisan approach the Senate Committee on Veterans Affairs is undertaking to address the issue. The committee is currently working on the second phase of the effort with the goal of preparing it for action in the Senate in the coming months.

House Speaker Nancy Pelosi joined a group of lawmakers and advocates at a press conference Wednesday to push for passage of the House bill.

“It’s a cost of war that we should recognize,” Pelosi said, calling the legislation “long overdue.”

Comedian and political commentator Jon Stewart, who has been a longtime advocate for first responders and 9/11 victims, has been a leading figure in efforts to get help for veterans who have been exposed to combustion sources.

“This country’s learning curve of how we treat our veterans when they come home from war is so painfully slow that the pace is unacceptable,” Stewart said at the same news conference.

“It’s so exciting to see the hurdles they’ve had to face all these years begin to unravel, the rock they’ve carried and the burden they’ve carried are finally heading to the top of this hill,” he said. noted.

This story was updated with additional developments on Thursday.