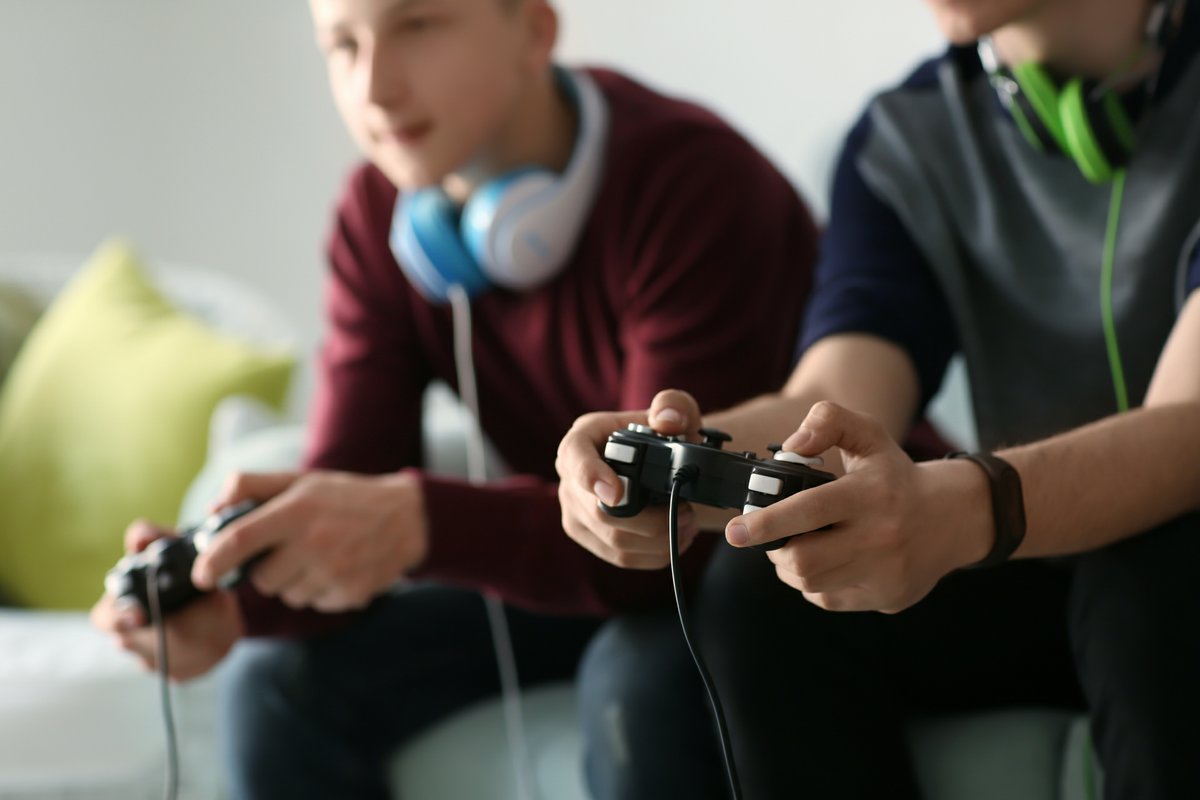 After six years in the Marines, including tours of Iraq and Afghanistan, Chris Velazquez struggled to readapt to civilian life and suffered from PTSD. A former civil affairs operator, Velazquez wanted to warn young people about the physical, mental and sexual trauma that can result from service, something recruiters rarely mention when touting the benefits of military life.

“These are things that a very small population of America — the veteran population — is witnessing, and we don’t know there are other people who want to talk about it,” Velazquez says. “I spent many years suffering.”

While looking for ways to help, Velazquez learned that the Army’s recruiting tactics had changed dramatically since he became a Marine in 2004. At that time, the Army’s presence in the game world was limited to a first-person shooter game called The American armywhich featured missions inspired by real-life combat scenarios.

But starting in 2018, the military, struggling to meet its enlistment goals, began invading gaming communities as part of a larger, digital-centric strategy. Recruiters who had once stalked school assemblies and shopping malls began posting games on social media and entering tournaments to woo new recruits online.

Since then, the Army’s online recruitment strategy has extended to Amazon-owned streaming platform Twitch, which attracts 140 million monthly active users. The Army, Navy and Air Force produce hours of Twitch content per week, including streams of popular first-person shooters – a trend detailed by journalist Jordan Uhl for The nation in 2020. The armed forces say their players – who are eliminated from the regular and reserve forces and compensated accordingly – are technically not recruiters. But war advocates say they might as well be: Children as young as thirteen, who are too young to legally enlist, can interact directly with military streamers, getting all their questions answered. on service.

To counter this, Velazquez became a community developer for Gamers for Peace (GFP), the first pacifist organization formed to mirror the military’s online recruiting practices: while releasing popular games like Halo and rocket league, its members, many of whom are veterans, offer career advice and mentorship to teenagers, talk politics and discuss the realities of war. They also share information about military recruiting tactics online at in-person gaming conventions such as PAX Unplugged. These initiatives, members say, give potential recruits the tools and knowledge to see other options and reconsider their enlistment.

With limited funding and a mostly volunteer staff, GFP faces a government agency with nearly unlimited resources in an asymmetrical battle of ideas. In 2020, the Navy alone allocated 97% of its advertising budget, or nearly $33 million, to digital companies. The military followed suit by sponsoring major gaming events and producing new digital ads highlighting benefits such as housing assistance, pensions and paid vacations.

“They just have more money, superyachts that are worth the money,” says Zach Guiliano, a GFP volunteer and army veteran, who enlisted at the age of eighteen. “We have an operating budget a fraction of a drop in the bucket compared to them.”

The group has already racked up nearly 600 Twitch subscribers as well as 400 members on the popular messaging service Discord, where users share anti-recruitment resources and plan events in person and online.

When military gamers stream these games, they further erode the boundary between the online world and reality, giving the impression that enlisted people will continue to play games for a living, with no risk to their physical or mental health.

Members of GFP, an offshoot of anti-war organization Veterans for Peace, hope to create their own esports teams and eventually compete in tournaments against the branches they once served for. It won’t be easy; armed forces players train and compete professionally. And in May, all six branches competed in their own federally recognized one-day tournament, further legitimizing their standing in the esports world.

GFP, at just under two years old, has already become a support center for people considering military service as well as parents or grandparents hoping to dissuade loved ones from enlisting. The group also gives advice to young activists like Danni, whose Ohio high school still welcomes in-person recruiters. “It used to be at least once a week that there was a booth from a branch of my school,” says Danni, who is now entering his senior year. “And there were posters everywhere.”

Danni, who only gave her first name, says she sometimes distracts recruiters with small talk or sweeps up their brochures as a form of civil disobedience. But she wants to find a more lasting solution that will keep recruiters away for good as she returns to school this year.

Members of Veterans for Peace suggested that Danni advocate for on-campus representatives of alternative career paths whenever a military recruiter is also there, particularly because recruiters often target students who think they don’t. have no other viable career path after graduation. The only other career stalls at school, Danni says, are for restaurant jobs or similar entry-level positions. “Part of that could be having different options that young people will see as careers“, says Dany. “Not just, ‘Oh, I could get a summer job or a job to help pay for my car.'”

The army’s roots in the gaming world go back decades: The American army was first published in 2002 and received two decades of support. The game series was recently shut down, in part because blockbusters like Call of Duty and Counter-Strike did a better job of inspiring a new generation to join the military. Modern first-person shooters feature sensational combat scenarios and precision-modeled weapons that, while graphically realistic, fail to capture the traumatic aftermath of war. They’re primarily for entertainment, after all, not to teach players what it’s like to endure a real fight.

When military gamers stream these games, they further erode the boundary between the online world and reality, giving the impression that enlisted people will continue to play games for a living, with no risk to their physical or mental health. In fact, thousands of soldiers apply to join army esports groups every year, but only a handful are chosen as representatives. And activists say even viewers who never join the military may instead wander into more extreme online communities, including the kinds of far-right militias that power mass shooters.

Until recently, criticism of the military’s digital recruitment tactics came largely from individual activists. In 2020, dozens of Twitch users flooded the Army’s account, leaving comments that drew attention to US war crimes and human rights abuses. After the military banned those who commented, the ACLU warned that as a federal agency, the military had no right to censor free speech. Months later, the Navy received backlash when one of its streamers made fun of other players’ usernames, which referenced the US bombing raids on Japan and the n-word.

In July 2020, Alexandria Ocasio-Cortez sponsored a bill that would have banned Army from Twitch and other streaming platforms, but the measure failed a vote in the House. And although the Army paused its streaming operation for a month to review its practices, it has since resumed its esports activities.

In the long term, GFP hopes to revive legislation that protects children from online recruiters. But it’s also pushing for smaller-scale changes, such as lobbying Twitch to allow streamers to opt out of military ads attached to their videos.

Meanwhile, veteran members say the group has offered another unexpected benefit: Creating a new narrative about veterans and what they stand for. Giuliano explains that the most visible forms of depiction of veterans in movies, TV shows and video games are often laced with misogyny, violence and nationalism. “A lot of people lump veterans together in this big monolith,” Giuliano says. “[GFP] does a lot to push back those stereotypes of what a veteran is supposed to be.

It’s also a space where ex-servicemen can turn their own psychological wounds into something positive by sharing the kind of information they desperately needed when they first considered enlisting.

“That’s been the most important thing for me over the last few years,” Velazquez said. “Having a community to be able to work through my own traumas and experiences, share them and have a lasting impact.”