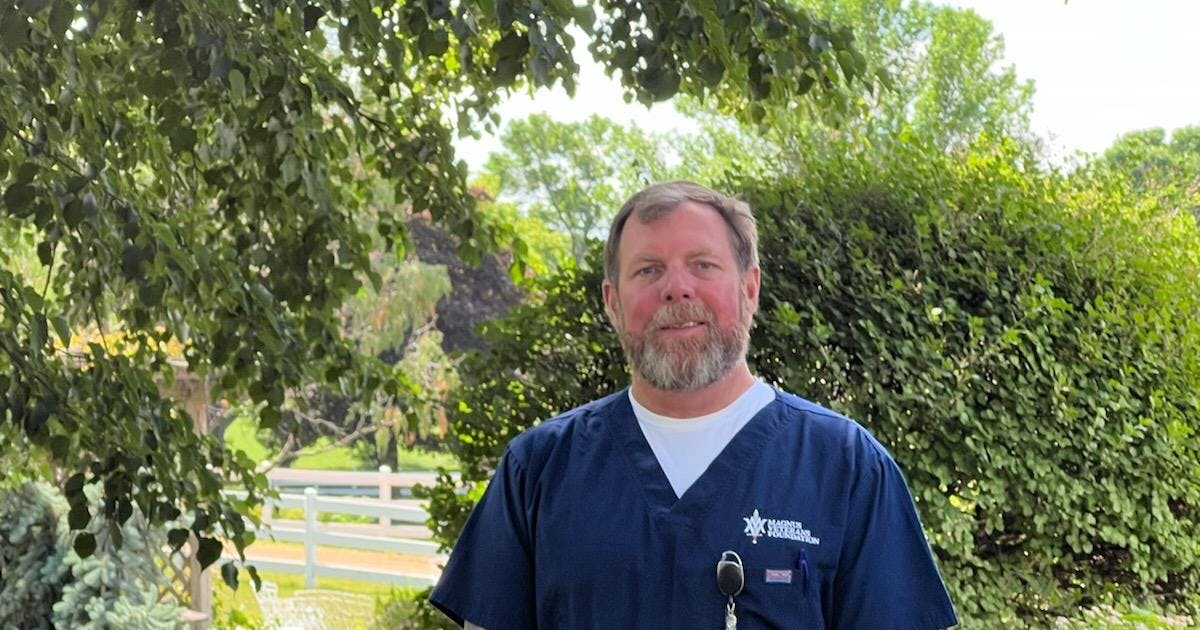 Shawn Alderman waves through the bay window of the spacious waiting room at the Magnus Veterans Foundation, the organization he founded last year after three decades in the military and countless overseas deployments with special forces.

The view is serene: 37 acres of grassy hills on the shores of Diamond Lake in a rural section of Dayton in the northwest suburbs of the Twin Cities. A farm with a fitness area, a greenhouse with a koi pond, a duck pond with a gazebo.

If you look closely, between the medical exam rooms and the therapy room and what will soon be a yoga studio, you’ll see how this nonprofit startup founded its veterans’ oasis on this 4 million acre estate. dollars. This way, a poster of Big Bird. Over there, a photo of Oscar le Grouch.

Strange touches for an outpatient clinic that provides free holistic medical care to veterans and their families.

A little history lesson: Vincent Egan, originally from Minneapolis, bought this farmland half a century ago. In the 1970s, he did marketing for the Ice Follies, a traveling ice show. He brainstormed an idea for a live Sesame Street show, got Muppets brainchild Jim Henson on board, and made his fortune with “Sesame Street Live,” a stage show that made around the world. Egan died in 2016; his widow, Sue Rawlings, continued to live on the Dayton estate, which had grown from a modest farmhouse into a massive resort.

Rawlings is Alderman’s aunt. Alderman retired a few years ago from the army as a surgeon and lieutenant colonel. He returned to the Twin Cities to work as a family doctor, and around the same time his aunt was downsizing.

Alderman had an idea. He remembered so many stories of soldiers and veterans struggling with overseas deployments and the aftermath, from PTSD to marital strife. He remembered hearing young enlisted soldiers, eager for battle and praying for war.

“What I tell them is, ‘Be careful what you pray for,'” he said. “I want them to be ready. But at the same time, I know what’s going on on the other side. It’s not always dark. It’s just life changing.”

He got the idea from Magnus, whose philosophy borrows from the special forces philosophy of focusing on the mind, body, and spirit of soldiers.

Additionally, Alderman wants it to become a community of veterans.

“Real healing happens when the veteran shares their story, and then the whole society, the whole tribe, takes ownership of that story,” he said. “And that’s something we’ve moved away from.”

Installation and land were free, but Magnus still has to pay for its growing operation, which officially opened last year. It now has about 100 members – veterans and families who come for medical care and other services – but aims to grow to 5,000 members in five years. Local Lions Clubs lent their support, as did veterans’ organizations like the American Legions and the VFW. Alderman’s employer, M Health Fairview, donated medical equipment and Life Fitness donated fitness equipment. Magnus is hosting a festival on August 20 as a fundraiser.

Alderman looked towards the lake. On the shore was a donated canoe rack. A donated fishing boat would arrive soon.

“Not too many medical clinics where you can go fishing afterward,” said Lori Colt, who works at Magnus.

It’s no secret that veteran suicides are an intractable problem; 100 Minnesota veterans die by suicide each year. Beneath all of Alderman’s major projects lies this singular desire to care for the overall health of veterans.

“You did your time to keep us safe,” said Jay Calhoun, the organization’s executive director. “Now we can keep you safe.”