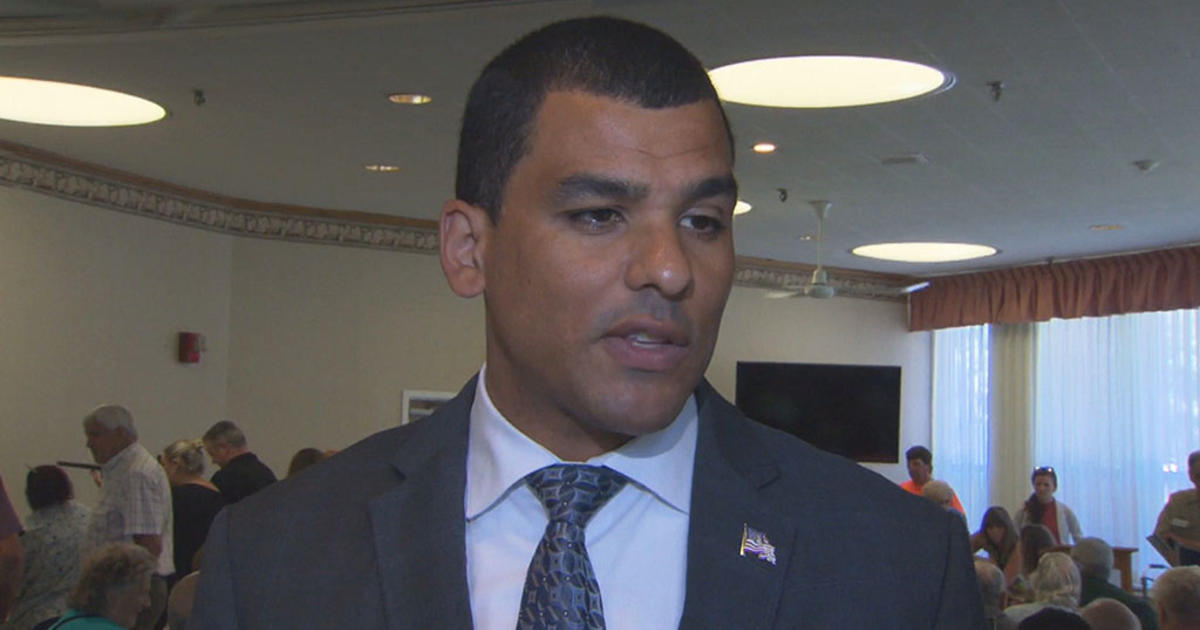 BOSTON — Francisco Urena, the former Massachusetts Veterans Services chief who was in charge when dozens of veterans died at the Holyoke Soldiers’ Home during the COVID 19 pandemic is back on the payroll of State. Urena had previously resigned following the deaths of the soldiers.

Governor Charlie Baker praised Urena when he introduced her at an event in 2019. This was before he resigned as secretary of veterans services following the devastating COVID outbreak at the Holyoke Soldiers Home that has claimed more than 77 lives.

Laurie Mandeville Beaudette’s father was one of them. “The pain is always there no matter what,” she told I-Team. “I can’t believe my dad died the way he did on his own. No one should have to die like this.”

Laurie and the other families of the fallen soldiers sued the state and Urena for her role in the veterans’ safety failure. They settled the case for $56 million in May.

Just a month earlier in April, the state’s website shows Urena back on the payroll, earning $100,000 as deputy director of military initiatives at Mass Development, a state agency.

“It’s unreal, such a slap in the face for the veterans who died there. I can’t believe the state of Massachusetts would rehire him,” Laurie said.

Steve Connor is a veterans affairs officer and a friend of Urena. He says that in the Holyoke tragedy, Urena was not the only one to blame. “I don’t think it was all on him. There were so many mistakes, there were so many issues that I don’t think you can blame any one individual,” Connor said. “I’m glad he found a chance to continue serving.”

Urena told the I-Team in a phone call that he was hired in April, but declined to tell us how he got the job and hung up when we asked about his salary. We contacted Mass Development about Urena’s employment, but received no response.

Cheryl Fiandaca is the chief investigative reporter for WBZ-TV’s I-Team.