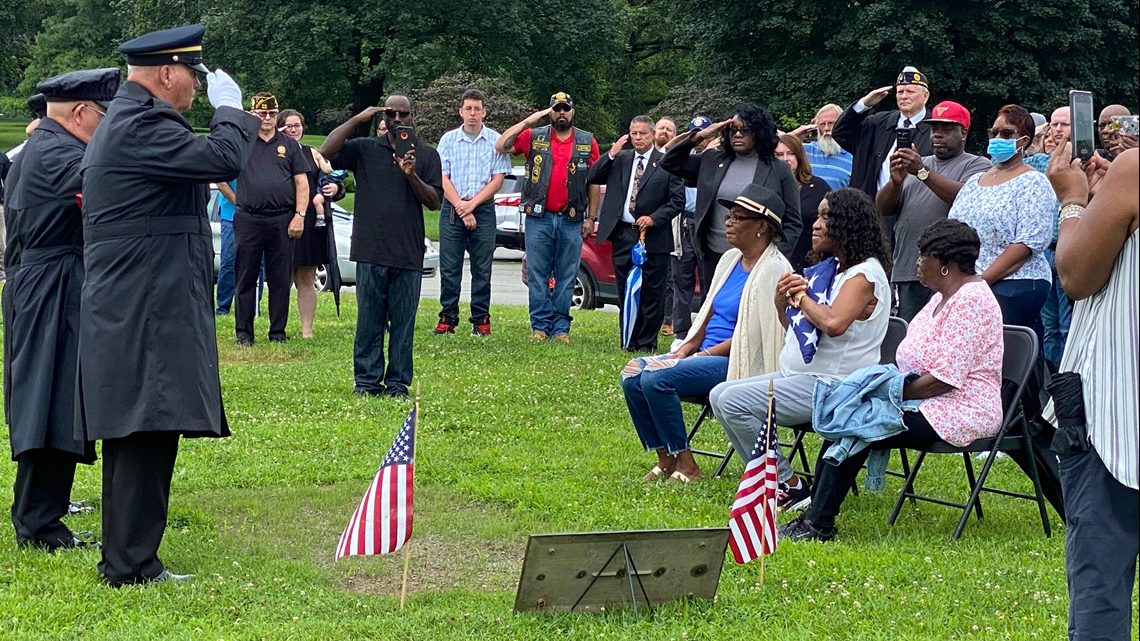 The group has seen a slight increase in military funerals and needs volunteers to give veterans the proper honors when they are buried.

INDIANAPOLIS – Last month, veteran Henry Thornton Jr. was laid to rest without any military honor. Thanks to other veterans, the local hero finally received these honors in a special ceremony on Friday.

The organization that pays these military honors has said it is in desperate need of volunteers as demand continues to rise in the Indianapolis area.

“We were averaging just under 300 funerals a year and now we’re pretty confident that, sadly, we’ll eclipse 600 this year,” said Commander Ron Montague.

The Indianapolis Metropolitan Military Honor Guard (IMMHG) was formed in 2014. The nonprofit currently has only 24 members and is currently dispersing in order to meet the demands of the Hoosier families.

He said that right now the biggest challenge they face is getting the young veterans involved. Most of the members are over 60 years old.

“We have to find a way to tap into these Iraq and Gulf War veterans because they are younger, but many of them are still working full time and supporting families,” said Commander Montague. “We don’t need members to give us seven days a week. We’re looking for three or four days a week. If they can just do a favor, that helps us share the load.”

If they don’t get more volunteers, the fear is that they won’t be able to meet all the funeral requests, and in return a veteran would not receive his final honors.

“This is a legacy and we are always doing what we can to make sure everyone is trained so that we can continue in the future,” said Commander Montague.

Unfortunately, it can be common for a veteran not to receive military honors due to lack of knowledge or poor communication. The pandemic has made matters worse.

“You would be shocked at how many times this happens, especially with the COVID year that we just came out of. A lot of military honors haven’t even happened. That’s why we do a lot of memorials. This year, we are going back to the gravesites where they were once buried, and we are holding memorial services to honor them, ”said Commander Montague.

The organization is also a tight-knit family and often can make members feel more connected to their military roots by bringing honor and dignity to fellow veterans. Commander Montague admits he didn’t talk much about his time in the military until he joined IMMHG.

“It’s that common bond and that common thread. It’s a great therapy, especially for those struggling with PTSD,” he said.

Fill out a request here to register. To be eligible, you must be a Veteran and be honorably discharged. A recruit will observe five services to decide if it’s something she wants to do because the job can be emotional.

“This environment is very depressing and very sad. But when you do it and you see the appreciation on the faces of family members, that’s why you’re there. You know that’s why you went. , and that’s why we keep doing what we’re doing, “he said.

The IMMHG has also unfortunately seen an increase in demand due to a high suicide rate among veterans and serving members of the service across the country. Commander Montague reminds veterans that services are available, but they must be prepared to lend a helping hand. It is important to let a former service agent or family member know that you are having difficulty.

For more information on IMMHG, click here. The group also has color guards and flag education.