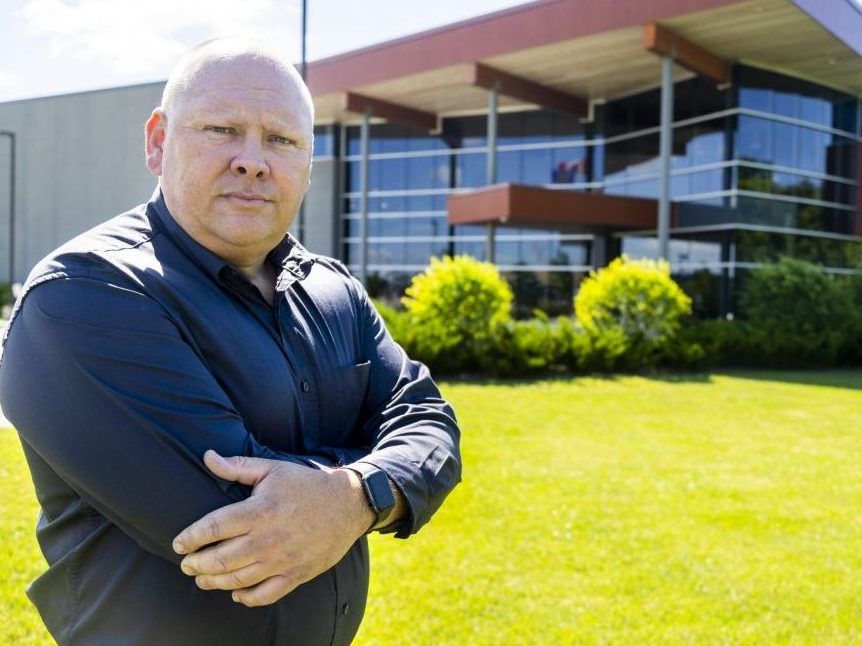 Former Afghan interpreters who risked their lives working with the Canadian military in their home country have joined the construction trades industry in London and region.

Three Afghans who worked as interpreters for 10 years joined the local carpenters’ union to learn a skilled trade. They fled their country when coalition forces withdrew from the conflict last year.

They are part of a nationwide program called Helmets to Hardhats that offers veterans and cadets — and now performers — a chance to train in a skilled trade after their military service.

“I feel great, I’m safe now,” said one of the interpreters, who recently did some drywall work on a commercial project in Aylmer. The 29-year-old asked not to be identified as he has family in Afghanistan and fears for their safety.

“For 10 years, I worked with American and Canadian special forces. It was very dangerous. At night, we went looking for the bad guys. They wanted to kill me. Working with the coalition was not acceptable to them.

He worked largely in the Kandahar region, and when coalition forces withdrew from Afghanistan in 2021, “we were very worried that the Taliban would kill us. I was hiding. I was very worried,” he said.

Canadian officials he had worked with organized a helicopter to take him to a “safe zone” in Kabul where he asked to come to Canada.

The former performer first heard of Helmets to Hardhats through a military contact. “I applied and they approved me as a student.”

He has been working for about two months.

“I like it, it’s very good. We enjoy our life here. I’m trying very hard to learn.

He is also busy as he and his wife welcomed a baby girl just over a month ago, joining their two-year-old daughter.

“I am enjoying my life a lot. I feel safe. It is important for my children that we are safe, there are no bad people here, no guns or war.

The former interpreter said he knew the Taliban were looking for him. They searched his house and asked neighbors where he was, he was told.

“They killed a lot of people, a lot of workers and interpreters. I was in Kabul and received calls from neighbors (to say) that they were looking for me. It is a huge risk to work with the forces in Afghanistan.

Building unions, like the Carpenters of London, have embraced the Helmets to Hardhats scheme.

“The least we can do for the men and women who have risked their lives for us is give them the opportunity to learn a skilled trade,” said Caleb Maudsley, Carpenters Union local business representative. Local 1946 in London.

“It was very valuable for the carpenters union. They are doing very well, they have succeeded. »

Hired as apprentices in the drywall business, the three Afghans from London are now on the job and will attend trades school, on their way to certification once they complete their schooling and complete 5,400 hours of training.

“By the nature of their military background, they’re used to taking direction and moving together as a unit,” Maudsley said.

Carpenters Union Local 1946 has around 600 members in London and the region.

“If we can help these people to have as good a life as we have in the carpenters union, I will be happy,” he said. “They put their lives on the line for us and the Taliban killed interpreters left, right and center.”

Veterans and Cadets can apply online to join Helmets to Hardhats. Once the application is made, different construction unions, employers, and government agencies team up to deliver the program.

Canada has taken in about 15,000 Afghan refugees since August, but has pledged to take in about 40,000. A special parliamentary committee on Afghanistan has criticized the federal government for moving too slowly.

Sign up to receive a curated collection of links and highlights from our award-winning news coverage, in-depth analysis and unrivaled weekday noon investigative features.

Thank you for your registration!

A welcome email is on the way. If you don’t see it, please check your spam folder.

The next issue of LFP Noon News Roundup will soon be in your inbox.

We encountered a problem during your registration. Try Again