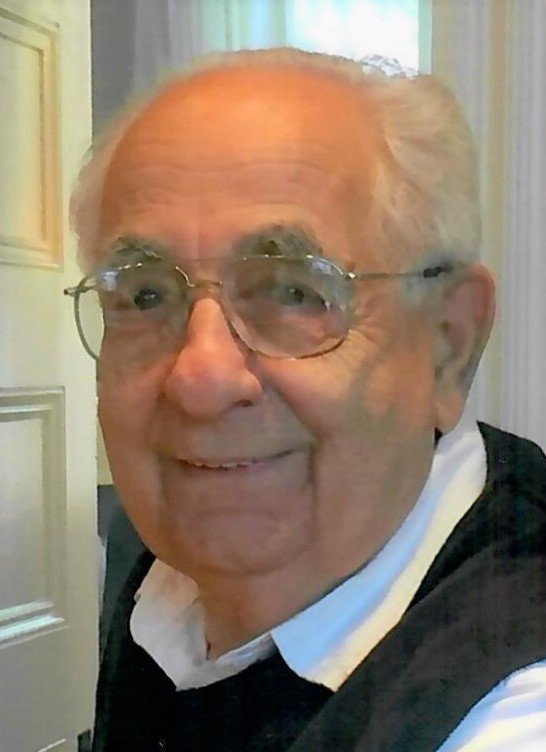 Born in Providence, the son of the late Domenico and Luisa (Roberto) Migliaccio, he had lived in Warwick since 1963. He was a U.S. Army Korean War Veteran and a member of the Memorial Post VFW in Warwick. He participated in a Veterans Honor Flight in Washington, D.C. in 2018.

Mr. Migliaccio was employed at George Fuller and Son Manufacturing in Pawtucket before retiring 29 years ago. He previously worked at Bond Bakery.

He had volunteered for the West Bay Community Food Bank and the Salvation Army’s annual kettle drive.

He is survived by three daughters, Paula A. Briggs of Pawcatuck, CT, Sheila B. Ryder and her husband Paul of Stoneham, MA, and Donna L. Mazzone and her husband Elmo, of West Greenwich; five grandchildren, Michael Mazzone, Julia Pudlo (Chad), David Mazzone, Alexandra Ryder and John Ryder; one great-granddaughter, Gwendolyn Pudlo; one sister, Chiara Capraro of Cumberland; and a sister-in-law, Joyce Migliaccio of Derry, NH.

He was the brother of the late Vito and Gennaro Migliaccio, and of Fortuna Falvo.

His funeral will be Thursday, October 20 at 10 a.m. at Barrett & Cotter Funeral Home, 1328 Warwick Avenue, Spring Green, Warwick. Visiting hours will be Wednesday from 4 to 7 p.m. Burial with military honors will take place at Rhode Island Veterans Cemetery, Exeter.

Contributions in his memory may be made to the West Bay Community Action Food Bank, 224 Buttonwoods Avenue, Warwick, RI 02886.