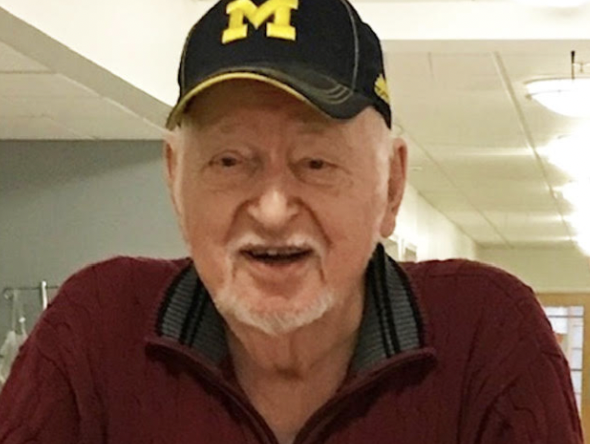 FRAMINGHAM – Laurence M. Schmeidler, known to all as Larry, passed away peacefully at her home on Tuesday June 14, 2022 at the age of 94.

A longtime resident of Framingham, he was active in city politics for many years as well as a proud member of the Metrowest Post 157 Jewish Veterans.

Larry was originally from Staten Island, New York. He earned his bachelor’s degree in history and played football for the University of Michigan and earned his master’s degree in Middle Eastern Studies at Georgetown University.

He proudly served his country during the Korean conflict from 1951 to 1953 as a second lieutenant in the army and was honorably discharged from the army reserve in 1963 as a captain.

He began his career at McGraw-Hill Publishing Company as a reporter in the international division. He then embarked on a career in public relations, bringing the first pull-tab lid to the market. He then moved into the pharmaceutical industry, winning national awards for his work in sports medicine, nursing and retail pharmacy.

Larry was the patriarch of his family, leaving behind his beloved wife of 65 years, Paula, and his two children Erik and his wife Maxine and Danielle and her husband Ken. He also leaves behind two grandchildren, Ben and Melanie with her husband, Shane and their newborn daughter Ellie.

Family and friends will honor and remember Larry’s life as they gather for his funeral at the McCarthy, McKinney & Lawler Funeral Home, 11 Lincoln St. Framingham on Friday, January 24 at 1 p.m.

Interment will take place at the Massachusetts National Cemetery at a later date.

In lieu of flowers, souvenirs can be made in Larry’s name at: Jewish War Veterans, Post 157, www.jwv.org.

For online tributes or to share a memory with the Schmeidler family, please visit www.mccarthyfh.com.