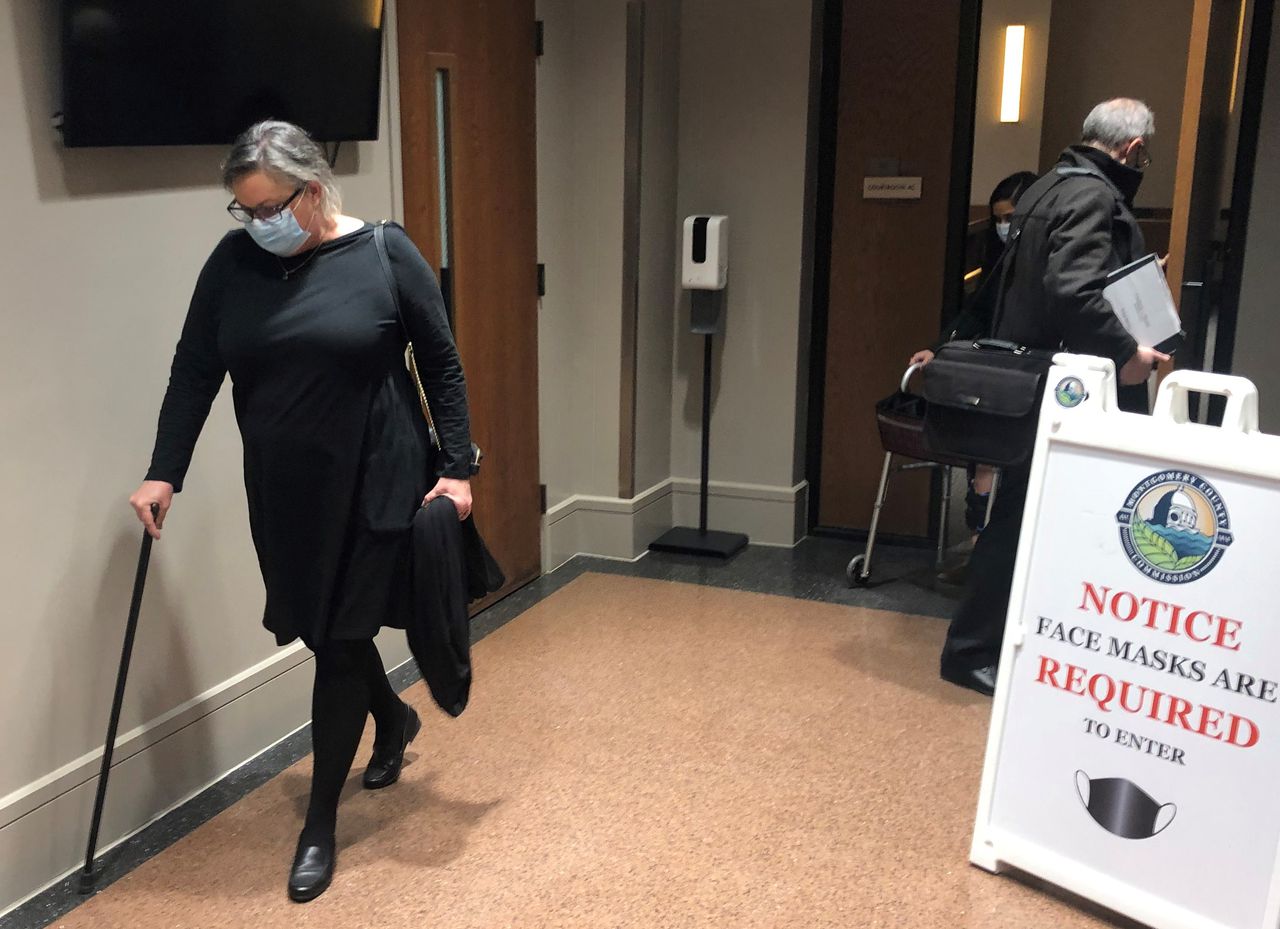 Leigh Corfman testifies: Roy Moore knows ‘this is what happened’

Leigh Corfman spoke on Tuesday afternoon in her defamation lawsuit against Roy Moore, claiming that Moore sexually assaulted her when she was 14.

On the first day of the trial, Corfman also faced relentless cross-examination from one of Moore’s attorneys, Melissa Isaak, as they argued over exactly how much Corfman had been injured as a result of her allegations. of 2017 against Moore.

However, perhaps the most dramatic moment in the testimony came when Corfman’s attorney, Neil Roman, at one point asked him how it felt to hear Moore’s repeated denials about their meeting in February 1979 then. that he was a 32-year-old assistant district attorney.

“It pissed me off,” Corfman said.

She then looked slightly to the right and appeared to lock eyes with Moore – who was watching her from the defense table.

“He knows as well as I do that’s what happened,” Corfman said, focusing his attention on Moore.

Related: Jury selected in libel cases filed by Roy Moore and his accuser

Corfman spent more than three hours in the witness chair — the entire afternoon of testimony on the fourth floor of the Montgomery County Courthouse.

The attorneys presented their closing arguments on Tuesday morning, and Corfman’s mother, Nancy Wells, also testified. The trial is expected to last up to two weeks before retired Circuit Judge John Rochester.

Ever since Corfman came forward in a Nov. 9, 2017, article in The Washington Post, Moore has never been shy about denying her allegations. Moore’s attorneys say those denials were self-defense rather than a libel case as Corfman and his attorneys argue.

“I felt like the voters needed to know my story so they could decide for themselves,” Corfman said of his motivation behind his allegations – which came 33 days before Moore narrowly lost the title. US Senate special election against Democrat Doug Jones.

“He called me immoral, questioned by veracity. I couldn’t take it anymore and I didn’t deserve it anymore either.

During cross-examination, Isaak hammered Corfman on how she had been defamed by Moore. At one point, Isaak went paragraph by paragraph through Corfman’s lawsuit and asked how a particular statement by Moore hurt her.

“What statement did (Moore) say you were a liar?” Isaac asked at the start.

“Has he ever used ‘liar’ in reference to you?” Isaac asked.

“Not that I’m aware of,” Corfman said.

Although Moore did not explicitly call Corfman a liar, Corfman said, the implication was the same.

“The statement (made by Moore) is the same as mine,” Corfman said. “Who else could they belong to?” »

In an exchange that began with Isaak asking Corfman why she sued Moore, Corfman said in part, “He got sued because he kept slandering me.”

Corfman acknowledged to Isaak that she started thinking about a trial as early as Dec. 7 — nearly a month before the case was actually filed.

“Since he continued to slander me,” Corfman said, “(a lawsuit) had been mooted.”

Asked about a text to Hagedorn that said, “2 more days and it’s gone,” Corfman replied that she was “commenting to a friend” and “that means the article is coming out (in two days).”

In another text, Isaak asked about a message Corfman sent to Hagedorn the day after the Post article was published that read, “prepare for other things.”

When questioned by her lawyer, Corfman said she considered herself a Republican since she first voted for Ronald Reagan for president in 1984. Corfman also said she voted for Donald Trump for president in 2016. But Corfman had no enthusiasm for Moore, who was the Republican. nominated in the 2017 Senate race.

“I didn’t want to see my predator sitting in one of the highest places in the country,” Corfman said.

She repeated this statement several times during cross-examination.

Corfman said she suffered financially as a result of her allegations, saying she took a month off from her job at the Checkmate Cash Advance Center in Gadsden without pay immediately following The Post’s article.

Corfman said she received no financial compensation for sharing her story beyond NBC’s reimbursement of her travel expenses for a November 2017 appearance on the Today show, where she was interviewed about Moore.

“There were only derogatory comments in the media,” Corfman said. “I felt my story needed to be a visual thing instead of just reading it.”

Why the show Today?

“I watched it for years and loved (co-host) Savannah Guthrie (who conducted the interview).”

Asked about working with Democrats to undermine Moore’s campaign or whether his actions were politically motivated, Corfman said, “I guess he can come up with any conspiracy theory.”

As Isaak and Corfman back and forth on Moore’s statements which Isaak said did not directly attack Corfman and Corfman’s position that it was little more than semantics, Isaak asked Corfman what Moore might have said that would not have been defamatory.

“He could have said ‘I’m sorry’ and we wouldn’t be sitting here,” Corfman said.

Isaak replied that unless Moore agreed with Corfman’s allegations, “you were going to sue him.”

When Isaak asked if Corfman had any proof other than his word, Corfman cited former President Bill Clinton and his affair with Monica Lewinsky.

“I don’t have a stained dress,” Corfman said, “but I can tell you I was there.”