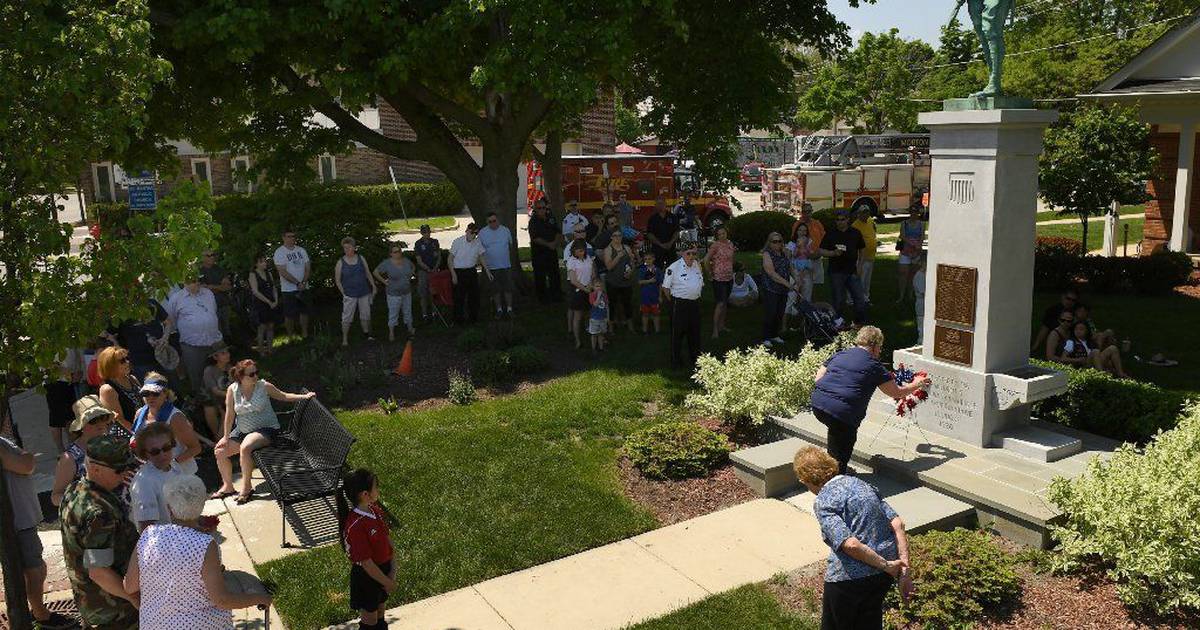 Parades and ceremonies honoring those who died in action are planned for the three-day Memorial Day weekend as communities return to traditional ceremonies for the first time since 2019 due to the coronavirus pandemic.

In Morton Grove, American Legion Post 134 will hold a parade beginning at 1 p.m. Sunday, May 29 from the post’s home base at 6144 Dempster Street. Attendees will walk to the nearby Morton Grove Public Library for a ceremony on the front lawn, then return to the station for a reception.

The program marks a return to normal procedures. The post had canceled the 2020 event, and last year they held a ceremony and vehicle parade, but not the usual march, for security reasons.

Norridge will hold a Memorial Day ceremony on Sunday, May 29, with music beginning at 11:30 a.m. and the ceremony beginning at noon.

U.S. Army band will perform and Navy recruits from Naval Station Great Lakes and the Marine Air Carrier Group will perform a 21-gun salute, according to village superintendent Joanna Skupien. It will be held at the Veterans Memorial, 4010 N. Olcott, Norridge.

In Lincolnwood, a parade is due to start at 10:20 a.m. Monday, followed by a ceremony at the Madeleine Garden in Proesel Park.

It is expected to be attended by village officials, police and firefighters, members of the American Legion and students from the Chicago School of Rock music camp, among others.

“I look forward to an event that will make people feel good about our country,” said Village Recreation Supervisor Colleen Broderick.

The Park Ridge Memorial Day Parade is also back on the schedule. Authorities expect around 3,000 marchers representing different groups, according to the village’s website.

The festivities will begin on Memorial Day at 10:00 a.m.

In Niles, a ceremony is scheduled for the Veterans Memorial Waterfall at the intersection of Touhy and Milwaukee Avenues, beginning at 11:00 a.m. Monday. The program will be co-hosted by the village and the Post 3579 Foreign Wars Veterans.

Mayor George Alpogianis is expected to speak along with the fire and police chiefs, according to Village spokesman Mitchell Johnson.

The Village of Skokie will hold a Memorial Day ceremony at 11 a.m. Monday at the Village Green, 5127 Oakton St., between City Hall and the Skokie Public Library. Fire and police honor guards will be present.