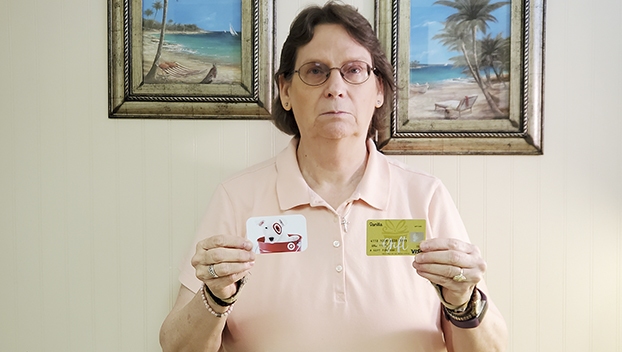 Local businesswoman explains how she was scammed for $1,000; warns other potential victims – Orange Leader

A Southeast Texas businesswoman shares how she was scammed out of $1,000 in hopes of saving others.

Cheryl Underhill feels psychologically and financially violated after being scammed for jury duty.

The scam involves a caller posing as law enforcement and claims the victim missed a jury summons and must pay citations or be arrested. To avoid going to jail, the victim is told to pay a fine with gift cards.

The jury duty scam is starting to pop up more frequently across the state and beyond.

Underhill is a licensed professional counselor who holds a master’s degree. She knows the scams that come and go, but when she got a call last week from a man claiming to be Deputy Marshal John Garrison with ID called showing United States Governmentshe took note.

The local woman was returning from a trip to the beach and had two friends in the car with her when the call came in. The caller said she signed a court summons but failed to show up – and now there were two warrants for her arrest then hung up.

Panicked, Underhill asked one of her friends with her to call the number back and eventually reached the caller who would only speak with Underhill.

Worried about the warrants, she called the man and was told to fix the problem she needed to pay $1,500.

The scammer told her that there were four stipulations she had to follow: she must agree to an open line of communication, i.e. stay online with the scammer all the time, have two pieces of ‘ ID, one with photo and one without, pay the preset ‘ deposit which would be refunded once his signature is verified.

And finally, she must accept a confidentiality clause because it was an open investigation.

Underhill explained to the scammer that she didn’t have that kind of money lying around and the caller suggested she go to his bank, which she did.

“It was almost closing time at the bank. I can’t remember what I said, something like do I have a credit card that I can get a cash advance on? I need $1,500,” she said.

Upset and still on the phone with the caller, she left the bank and went to the ATM.

“I go out and frantically press buttons and only get $28, I was so nervous,” she said. “It stopped me, thank God.”

The caller kept asking her “ETA” and she asked what that meant. He said the estimated time of arrival.

While still on the phone, she stops at a Tiger Mart and begins to withdraw $200 in cash until the ATM denies her access.

She also went to a Walgreens, where she was told to get a Target gift card and a Visa gift card. She had to go back to her car and give him the numbers on the cards and he would give her a verification number to take care of the deposit.

While at Walgreens, she bought a $500 card, but the clerk wouldn’t allow her to buy a second, saying she had reached her limit.

But when she called with the numbers, the scammer said one of the cards came back with a problem and she should get $1,000 worth of extra cards.

Now Underhill is frantic, worried about being arrested and digging into hurricane evacuation money and bill money.

A text message Underhill received from the scammer warning him of his arrest. (Mary Meaux/The Chef)

At the time, she had been on the phone with the caller for approximately three hours, browsing FM 365, in and out of businesses. Last stop was Target. She went to a register and told the clerk she needed to get $1,000 worth of gift cards and a young woman walked up and said, “Ma’am, can I ask you what it serves?”

Underhill told him, “no, the man on the roll call was a deputy marshal.”

It was then that the employee said she was part of the store’s anti-fraud unit and asked if Underhill wanted her to speak to him.

“Target has it all figured out. She’s seen my distress and she’s ready to step in,” Underhill said.

The employee called the scammer, saying that Underhill wouldn’t give her any more gift cards and that he would leave her alone. She advised Underhill to file a police report.

The man called a second time and the employee called him again.

Underhill left the store, blocked the number, but received two voicemails from a male voice claiming to be another assistant. This time he was Deputy Marshal Michael O’Connor with the United States Citation Department.

Underhill filed a report with the Port Arthur Police Department and called the Texas Attorney General’s office to alert them to the crime. She is also working to get her money back from gift cards.

She did some research and discovered that the scammer was using the names of real East Texas law enforcement officers and plans to let them know their names were being used.

She didn’t see a red flag when the scammer wanted payment in gift cards.

“Anyone can be a victim,” she said. “As part of my business, one of the options currently used is a virtual credit card.”

The card is similar to the gift card, she says.

According to the US Eastern District of Texas, scammers pose as court officials, US marshals or other law enforcement officers and call people to try to convince them to pay a fine for avoid being arrested.

A court will always send a jury summons by US mail and will never demand payment or sensitive information over the phone.

In most cases, a prospective juror who disregards a summons will be contacted by the court office and may, in certain circumstances, be ordered to appear before a judge. A fine can be imposed but not before the court appearance, during which a person has the opportunity to explain a failure to appear, according to the court’s website.

“We want to educate the public about phone and impersonation scams so they can avoid falling victim to them,” said David Harlow, acting director of the US Marshals Service. “Rest assured that the U.S. Marshals Service will never call anyone to arrange payment of fines over the phone for failure to appear for jury duty, for outstanding warrants, or for any other violation.”