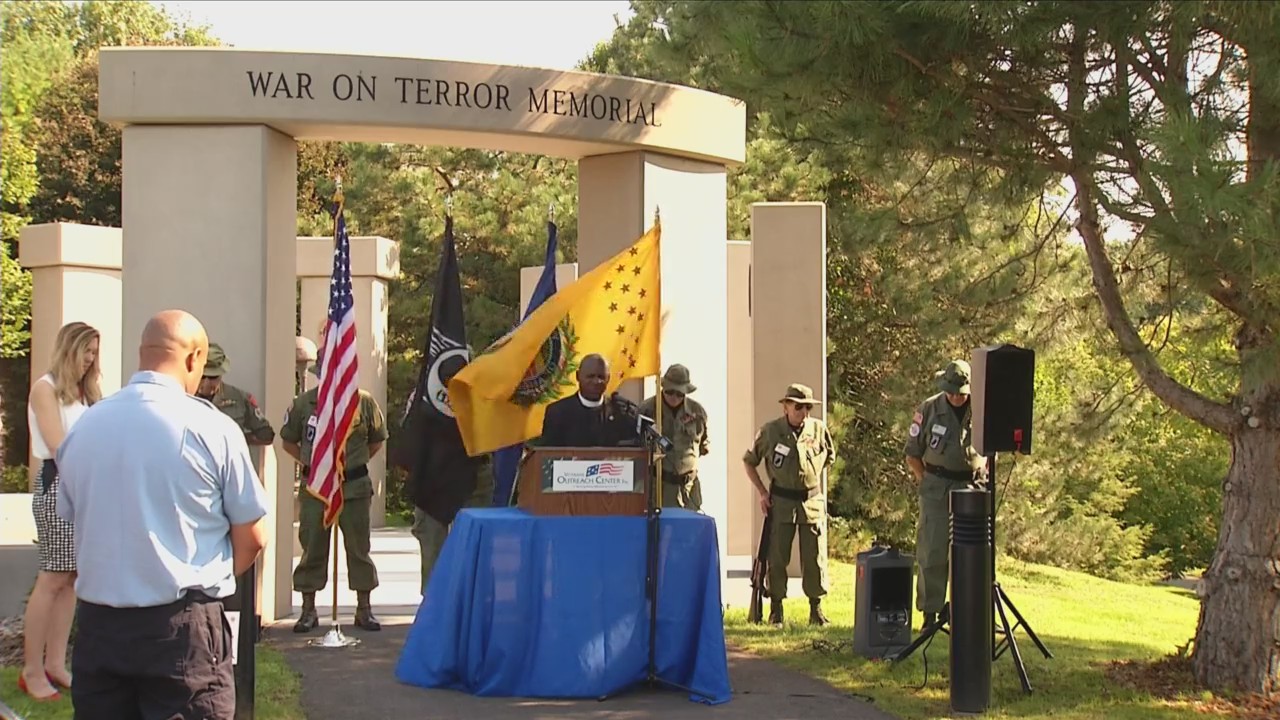 ROCHESTER, NY – Sunday marks 21 years since the September 11 terrorist attacks. On Friday, the Veterans Awareness Center held a remembrance ceremony for all service members and women who were impacted by the day.

News10NBC was at the ceremony held at Gary Beikirch Memorial Park.

It was “Operation We Remember”. The VOC’s executive director says it serves to honor anyone who chose to join the armed forces because of the terrorist attack.

“9/11 is not over,” said Laura Stradley, executive director of VOC. She continued, “I mean we’re still dealing with the consequences, and we will for years to come.”

Dozens of foreign veterans, Gold Star families and veteran supporters gathered in Highland Park on Friday morning for ‘Operation We Remember’. Stradley spoke about the importance of the ceremony.

“We just think it’s so important for all Americans to remember what happened that day and the tragedies that followed for all the men and women who served their country and their communities,” he said. Stradley said.

More than 3,000 people lost their lives in the terrorist attacks, but thousands more, including first responders, also died from 9/11-related illnesses. Local service men and women were also honored today.

“On the memorial wall just behind me we have a number of names of men and women who served in combat after that day. Their families are Gold Star families, and this memorial is really for them, and there are dozens of names. Probably 50 names on that wall of people who were killed in action in that area because of 9/11,” Stradley said.

Rochester Mayor Malik Evans shared his thoughts on the ceremony.

“9/11 was a dark time in our community, and it’s great that we take notice, have remarks about what it meant to us as a community, and remember to stop each year at As 9/11 approaches, pause and reflect on those who made the ultimate sacrifice, and that’s what today’s is about,” Evans said.

There are several 9/11 commemorative events this weekend in our area. Stay tuned to News10NBC on Saturday and Sunday as we’ll be covering a lot.