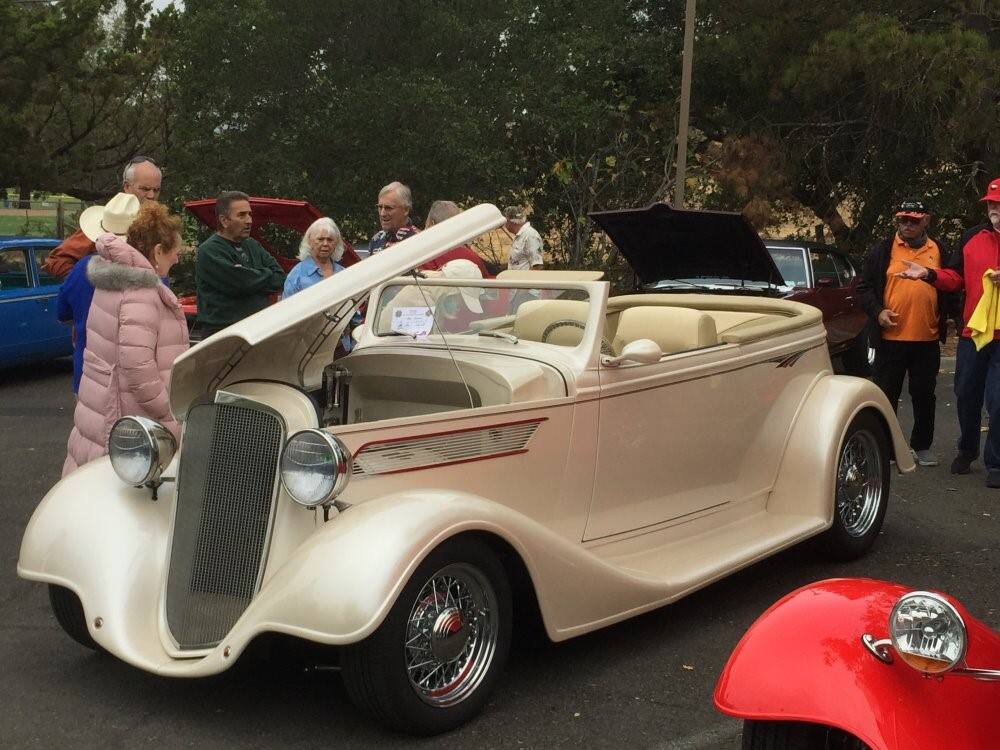 Fundraisers expect more than 100 vintage cars to turn up at the Sonoma Veterans Memorial Building for a benefit this Saturday.

Fundraising began in 2010, after a brainstorming session on what kind of benefit the post wanted to run. According to Dennis King, president of the auto show and member of the post, the officers were inspired by Petaluma’s annual American Graffiti Auto Show event.

The car show usually features a wide range of vintage automobiles, with past attendees bringing vehicles dating from the 1930s all the way up to 1976. The Sonoma Impala Car Club usually brings a line of ’60s Impalas for contribute to the exhibit, but King says most of the cars from the 50s, 60s and 70s all grab the attention of the crowd.

“It’s kind of an ‘ooh and ahh’ environment. It’s a rare experience to see so many Americana at once,” King said.

The event is one of the Post’s biggest events of the year and typically raises around $10,000 for its Post Relief Fund. According to the organization’s website, money from the fund is used to aid and assist veterans or members of the armed forces in need, dependents of deceased veterans, and patriotic programs and events sponsored by the job.

According to King, his motivation to raise funds to help other veterans dates back to when he returned from the Vietnam War in 1970.

“We weren’t heroes when we got home,” King said. When he arrived at San Francisco International Airport more than 50 years ago, he was returning from a year of service in Vietnam. He got out of his plane in uniform and was greeted by people who called him a murderer and yelled at him. He jumped into the first cab he could get and told the driver to “drive, just drive”.

“Fast forward 52 years, I’m not going to let that happen now,” King said. “That’s what motivated me to get involved.

Since joining the post 25 years ago, King has been involved in a variety of fundraising and awareness efforts. He was part of the organization when it brought the replica Vietnam Veterans Memorial to Sonoma in 2012, and he is involved with the annual Buddy Poppy program which pays disabled and needy veterans to assemble the official memorial flower. of the organization, which is then distributed throughout the county.

While the post has plenty of benefits that elicit emotional reactions across the spectrum, the annual auto show is meant to be a fun celebration of Americana.

The six-hour event will be hosted by King and will include live music performed by Drive, children’s activities, food vendors, silent auction items and a 50/50 raffle split between the winner and the job.

Pre-registration for the auto show is closed, but interested owners of cars made in 1976 or earlier can register on a first-come, first-served basis on Saturday with a $45 entry fee.

The event will take place this Saturday, September 17 from 9 a.m. to 3 p.m. at the Sonoma Valley Veterans Memorial Building, 126 First St. W., Sonoma.

6 precautions to take when canceling a credit card, Lifestyle News