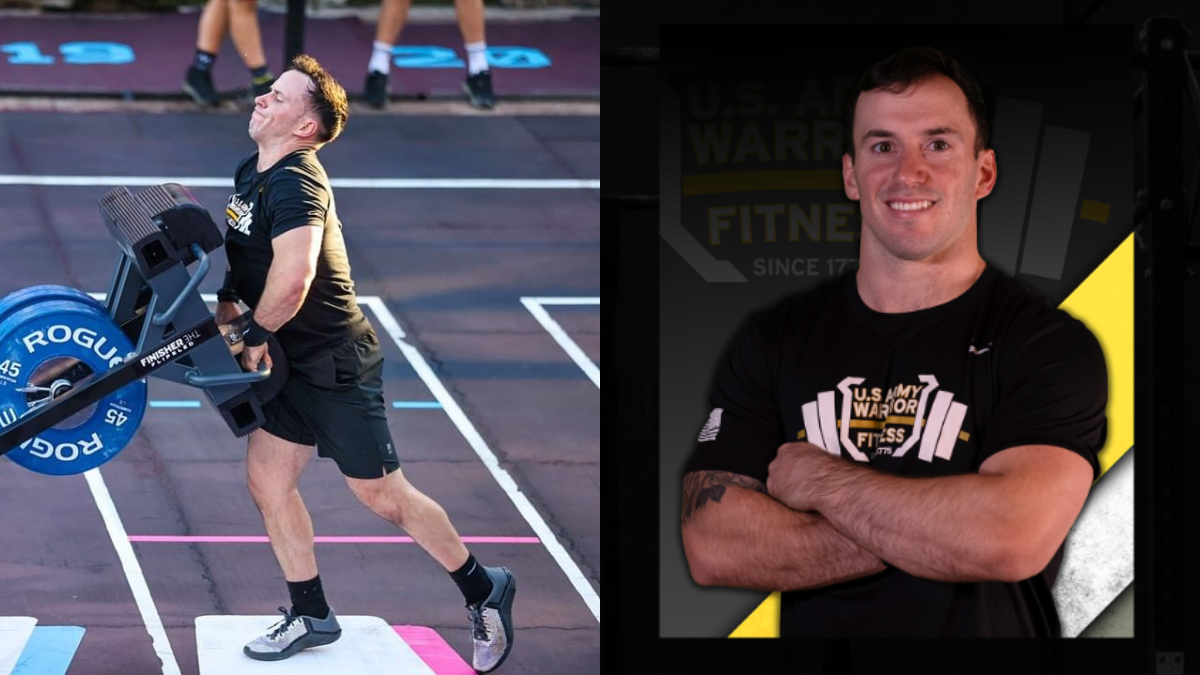 Do you like Morning Chalk Up? Access additional exclusive interviews, analysis and stories with an Rx subscription.

For Lt. Luke Cuneo, joining the US Army began as a way to pay for his college degree.

Seven years later, the 27-year-old former college football cornerback from Furman University is living his dream job: Cuneo enjoying all the perks of being in the military, while being paid to train and compete in CrossFit.

The details: Cuneo is a member of the Army Warrior Fitness team, whose job it is to stay in shape and compete in various CrossFit (or Strongmen) competitions.

To note: The U.S. Army Warrior Fitness Team is one of six outreach recruiting teams that allow Soldiers to pursue a passion while serving. Other teams include Esports Team, Outdoor Team, Rock Band “As You Were”, Army Parachute Team, and Army Marksmanship Unit.

It was actually Smith who inspired Cuneo to take CrossFit more seriously.

Cuneo met Smith during his infantry training in 2019, and the two began training together “every day”, Cuneo said. “He kind of started a fire under me to chase him competitively.”

Soon after, Cuneo found out about the Army Warrior fitness team and knew it might be his ticket to fulfilling his military duties while being as fit as possible. So he tried and made the team in 2021.

Since then, Cuneo has been stationed at Fort Knox, KY with his teammates, who train together twice a day in and around their other military duties, including administrative and recruiting duties.

“We show up and train to be the best athletes we can be, but we also try to be creative and come up with different ways to present ourselves as assets to the military,” Cuneo explained.

Since falling in love with CrossFit after taking a class at a small gym in North Carolina and continuing to get in shape alongside his Army teammates, Cuneo has managed to become a force. to be reckoned with in sport.

He competed with the Jump Ship Kailua team in the 2021 CrossFit Mid-Atlantic Challenge Semi-Finals in Knoxville, TN, and most recently this season he competed as an individual and placed a respectable 181st in North America in the Quarter-Finals, narrowly missing out on qualifying for the Semi-Finals.

Although Cuneos’ goal isn’t necessarily to become an athlete of the Games, he does want to make a push into the semis.

“I’ve made connections with people who will be friends for life.”

“Before, I wanted to be a regional athlete, but now that it’s the semi-finals, I would like to achieve that. That has always been my goal,” he said.

More importantly, however, the experience with the Army Warrior Fitness Team thus far has allowed him to pursue a high level of physical fitness while doing something valuable for his country with people that he likes.

“They are some of my best friends,” he said of his teammates. “I’ve made connections with people who will be friends for life.”

For all the men and women who love fitness or CrossFit, Cuneo insists that the military is a great career option, one that lets you do it all.

“There are so many opportunities that people don’t realize in the military. People think you go there and do combat work. But you can come in and be a dentist, or a nurse, or do fitness,” Cuneo said.

He added: “There are so many different things you can do. If you want to start your career on the right track, this is a great way to do it… There’s no better way to do it.

For a daily summary of all things CrossFit. Community, Competitions, Athletes, Tips, Recipes, Offers and more.