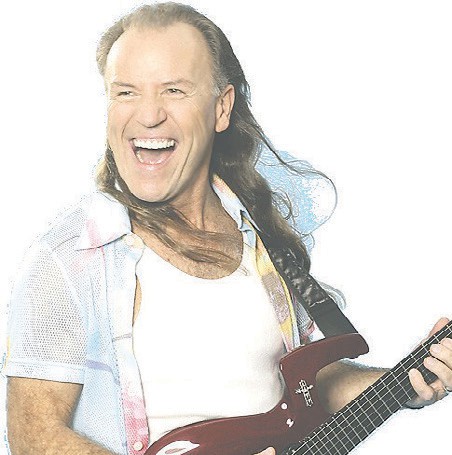 Mayor Duane Haskins said the celebration committee was able to secure Farner, a Burton native, for the event. He will perform on Saturday, but the time has not yet been announced.

The combined 50th anniversary of Burton becoming a city and Memorial Day festivities will begin Friday, May 27 and run through Monday, May 30.

While May 27-29 events will focus on the 50th anniversary, Monday May 30 will be dedicated to veterans with the annual Memorial Day celebration.

On Friday, May 27 from 7-10 p.m., the weekend festivities kick off with the Burton Idol Contest hosted by Melissa Hagar (Comedy Series) with FOX 103.9’s Derek Sorenson. There will be a first, second and third winner of the contest with prizes of $500, $350 and $150 respectively.

On Saturday, May 28, there will be a cornhole tournament from noon to 5 p.m. with the Burton Rotary beer tent.

Sunday, May 29 will be a day of fun with Third Degree Burton from 1-3 p.m., Rev. Wright Time and First Cuzins of Funk from 3-5 p.m., Bill Gunther takes the stage from 5-7 p.m., followed by the John Vance Band from 7-9 p.m. These performances will all take place under the beer tent.

On Monday, May 30, Memorial Day kicks off with the Burton Memorial Day 5K Run & Walk at 8:30 a.m., the parade at 1 p.m., and a Kids Fun Zone from 2 p.m. to 6 p.m. on the grounds around City Hall which will include inflatables, a balloon tornado, airbrush face painting and Chamberlain pony rides.

There will be a Memorial Day ceremony at the Burton Veterans Memorial on Manor Drive, a car display with a Best in Show trophy, followed by entertainment including Melissa Hagar, the John Vance Band and a flyover by the Screaming Eagles.

On Sunday, you’ll also have the opportunity to meet and greet former Burton City Council members and mayors in the Burton Police Department Training Room, along with historical information and photos.

While the committee has squared events and groups, they are looking for more activities to add to the four day event.

Watch for a fuller lineup of events and performances in the coming weeks. — GG