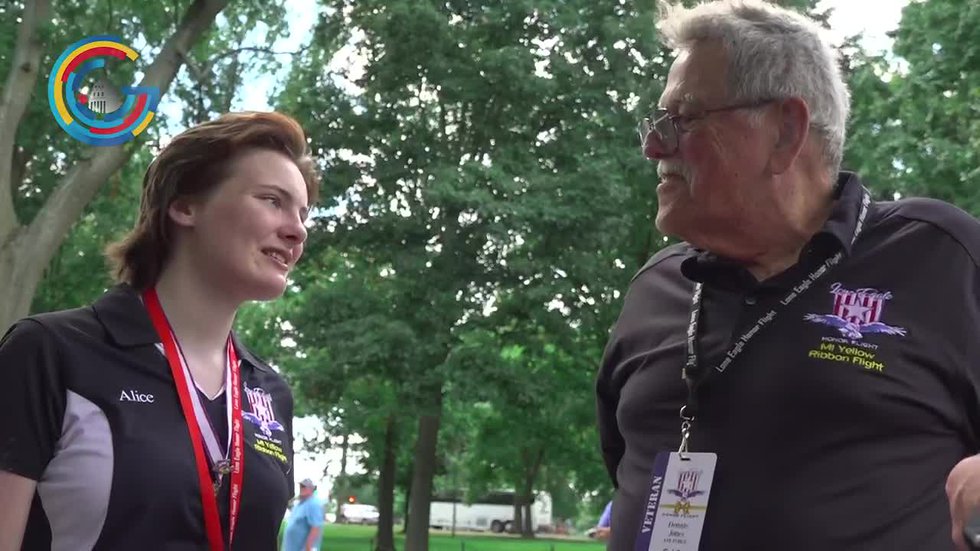 WASHINGTON (Gray DC) – Alice Kraatz, 17, has raised more than $140,000 to bring Vietnam veterans to Washington, DC, on an honor flight.

More than 80 Michigan veterans were in attendance Saturday. Kraatz expressed his gratitude for their service at the Vietnam Veterans Memorial.

Kraatz said: “So many Vietnam veterans, after more than 50 years, have never heard of welcome home or thank you. And it’s just awful. They were shunned and shunned for most of their lives.

Dennis Jones, one of the Vietnam veterans on board the flight, said the experience was much more emotional than he expected.

“They took a nation of people and practically and healed, you know, a certain percentage by allowing them to come here and do that,” Jones said. “It was very refreshing to have people welcoming us home after we had to endure during the war.”

“Returning Vietnam veterans have not received the same type of homecoming as veterans of previous generations and, in too many cases, our Vietnam veterans have experienced rejection and anger,” said Bobbie Bradley. , chief operating officer of the Honor Flight Network. . “We can’t change what happened half a century ago, but we can do something for the present. As long as there are Vietnam veterans among us, it’s not too late to thank them.