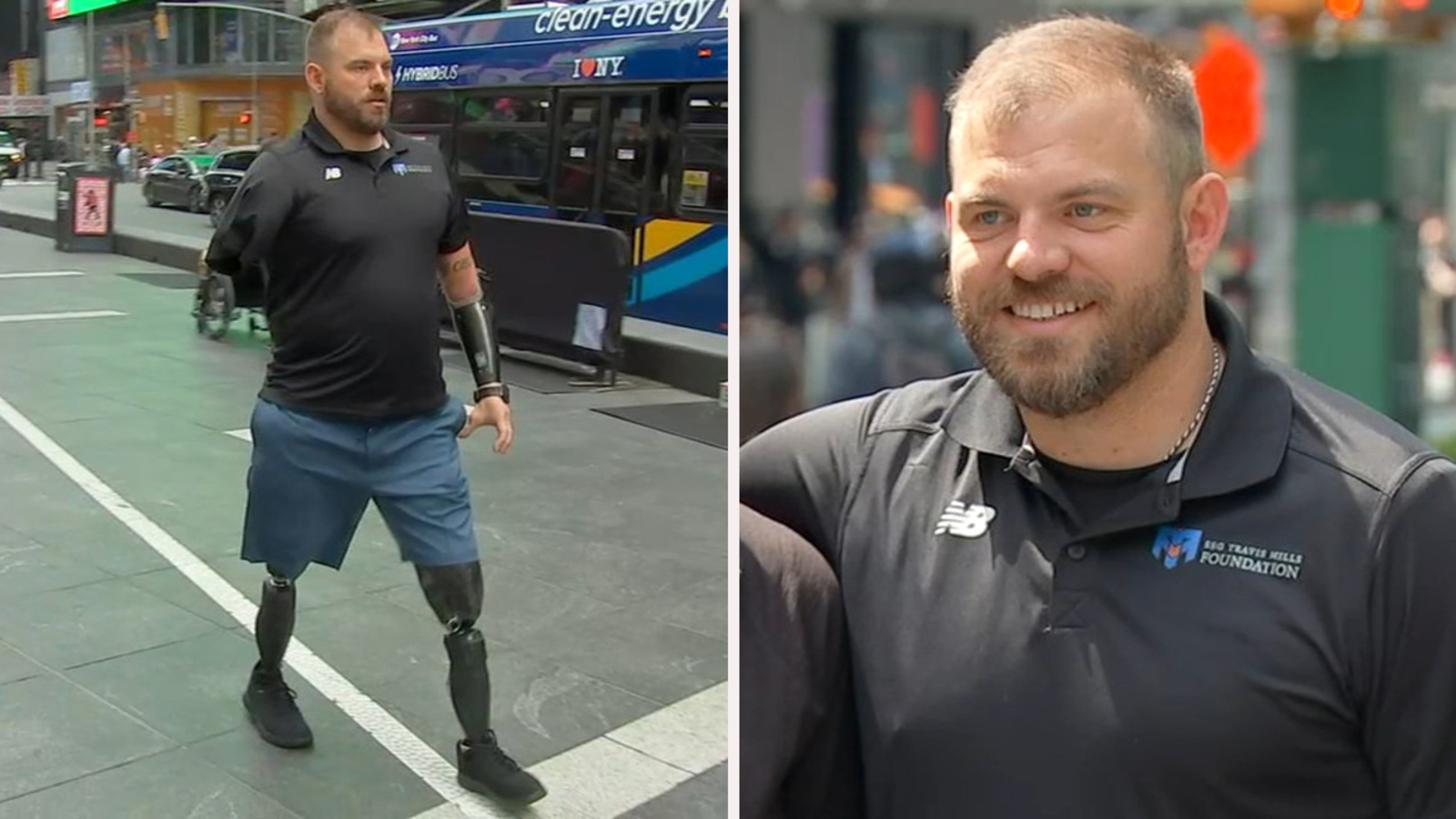 An Alive Day is the anniversary of the date a veteran nearly lost his life in combat, and Mills joined city officials and the producers of Broadway’s ‘Come From Away’ to highlight the Big Apple as a welcoming home for veterans.

“I didn’t want to blow myself up, but I did,” he said. “Everyone in the world rallied behind me, and New York was right in front.”

Lt. Col. James Hendon, commissioner of the New York City Department of Veterans Services, was joined by Times Square Alliance President Tom Harris and other officials to welcome Mills to mark the May as Military Appreciation Month.

Mills was inspired to join the military after the events of 9/11.

“I joined because of 9/11,” he said. “I wanted to give back to my country and do whatever I could to help with what happened here. And unfortunately I had a bad day at work.”

He lost his legs and arms when he planted his backpack on an improvised explosive device during his third mission in Afghanistan.

“I didn’t see it coming, I put my backpack down and it changed my life forever,” he said. “I think (humor) also helps people feel comfortable with me. They don’t know how to react to me, so I like to tell jokes and have a good time. The thing is, I am the same person as i was before.like i said i just had a bad day.

Since his injury, Mills has dedicated his life to enabling soldiers with similarly serious injuries to live like others and paying for it through his work with the Travis Mills Foundation, which has helped veterans and many of their families from 46 States overcome physical challenges. and obstacles.

“I own a marina and lodge on a lake with 180 boat launches and a small cafe,” he said. “And next door, I just opened a restaurant.”

So what’s next for him?

“Tall whites,” he said. “I’m going snorkeling with great white sharks… They can’t bite me unless it’s a vital bite, so it’s all or nothing this time.”

Crapo and Risch worry about military dumping of COVID vaccine

Microgrids as the Next Duct Tape: The Army’s Latest Projects