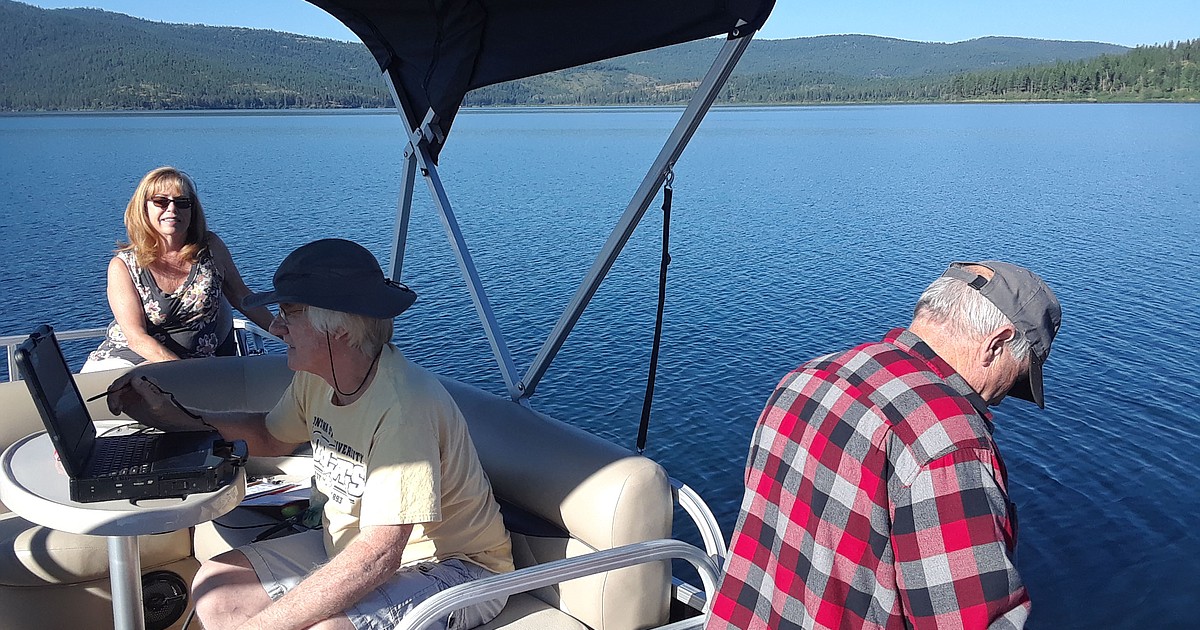 Editor’s Note: This is the fifth story in a series that looks at what’s coming up for Flathead County in 2022.

The valley’s nonprofits spend their time trying to solve some of Flathead’s most daunting problems, from housing and food insecurity to water quality and land conservation. Here’s a look at what a few organizations have planned for 2022.

The Whitefish Lake Institute is hoping that its biggest project for this year will bring public attention to a growing problem in Whitefish Lake. The organization is teaming up with researchers at Cornell University to conduct a pilot study that will track septic leaching using new synthetic DNA technology. Executive Director Mike Koopal said the aging septic systems around the lake are part of an ever-growing problem of human waste pathogens infiltrating the crystal-clear waters of the lake. He said a study on the lake in 2011/2012 confirmed this.

“This documented septic leaching along the shore of Whitefish Lake and it shouldn’t have been surprising to anyone, as it corroborated data going back to the 1980s from the Flathead Lake Biological Station,” Koopal said. â€œSo we documented the leaching into the lake, but there was no tool for source tracking, so we are limited in our ability to determine where the contamination is coming from. ”

Koopal said that’s one of the reasons this study is exciting – they’ll be able to figure out where the worst leaching is happening. The synthetic DNA pairs locked in a nanoparticle will have a unique signature so that researchers can track it as it moves through the lake. Koopal said researchers at Cornell University will take the DNA and run it through their polymerase chain reaction machine, a very efficient tool used to amplify small segments of DNA or RNA. He said that this will be able to tell them where the nanoparticle came from, showing its way to leaching.

This is a pilot project that will test the effectiveness of this tracking technology, which has already been successfully tested in streams and rivers. Koopal said that means they are only looking at specific areas of Whitefish Lake and Lake Mary Ronan, and if that proves successful, maybe they could scale it up in the future.

While solving these issues can be complicated and expensive, Koopal said it’s worth talking about now because the problem will only get worse as septic tanks age. He said a GSI risk assessment study conducted by the Flathead Basin Commission shows time is running out.

“We are at a critical point in the life of a typical septic tank in Flathead County, so preliminary data tells us that about half of the septic tanks in the landscape are 30 years old or older, and of course the Septic tanks have an average life expectancy of 25 to 30 years under good site conditions, â€he said.

The field portion of the study will begin in the spring and they hope to see results by the fall. He said they are also hosting a septic leachate summit in May at the Flathead Lake Biological Station in conjunction with the National Science Foundation. Experts from across the country will be invited to share information and develop solution strategies.

Housing insecurity in the valley is an urgent problem as affordable housing is out of reach for many people. Samaritan House said its plans for 2022 include expanding its low-income apartments. Executive Director Chris Krager said they serve 1,450 people in their low-barrier shelter and transitional housing each year. Data surveys conducted over the past two years have identified two gaps in housing and services for the region. Samaritan House is seeking to fill these gaps by building â€œsuper affordableâ€ two- to three-bedroom apartments for a total of 16 units and creating single-family accommodation for veterans.

â€œKalipsell could be the largest city in Montana without dedicated veteran housing,â€ Krager said. “We are therefore going to build 15 units that will be dedicated and contracted out to Veterans Affairs for homeless veterans.”

Krager said there are several reasons homelessness in Flathead is complicated.

â€œRoaming here at certain times of the year can be fatal – it’s cold outside. The other complicating factor is the lack of housing for people, affordable or not. We hear this term ‘affordable housing’ a lotâ€¦ but it takes on a more specific face when you look at a single mom who has to live with her family in the shelter because she can’t find a place to rent, â€he said. . noted.

Krager said the mission of the Samaritan House is not only to temporarily house people, but also to address the issue of what made them homeless in the first place. With the help of their case management staff, they are able to research ways to increase a person’s income, broaden their search for housing, qualify, and apply for support through other social service groups.

“If we don’t work with our case management team to resolve the issue then we really haven’t resolved anythingâ€¦ so we are tracking the results and aiming for the goal of reducing homelessness in Flathead Valley,” Krager said.

Providing resources to people struggling with mental health issues is another issue that many valley nonprofits are dedicated to tackling, especially among children and adolescents. As Flathead Youth Home strives to provide short-term residential care and long-term group care for children aged 10-18, development coordinator Hannah Plumb said they see a growing need. to provide in-house mental health services. Program director Lori Madden said she believed Covid-19 had exacerbated many mental health issues in children and adolescents who were already going through difficult times before the pandemic began.

â€œA lot of kids have a hard time disconnecting with others and I think maybe because they were alone so long that now that they’re coming back it’s like ‘wow I’m in school all. during the day, I have to be respectful to adults, I have to be respectful to my peers. ‘ So I think those mental health issues were there already, but now with Covid we are seeing them more and more, â€Madden said.

Madden said funding has been cut for many public programs that provide young people with a case manager – someone who follows them through their placement, manages health care, stays in touch with family, among others. many other responsibilities. She said staff at Flathead Youth Home have filled this gap for children who walk through their doors, and part of their plan in 2022 is to double down on this “critical behind-the-scenes work” and have staff who are focused. only on case management.

â€œSome of these kids come from homes where they don’t have adults to support them, they don’t even have the capacity to care for them properly, so we’re starting to look at how to do more formally manage the situation. cases for these kids and make sure they have the tools they need to be successful, â€Madden said.

She said a good case manager can make a huge difference for troubled youth, but the hard work to keep up with it often takes time for staff to build relationships with children and make a connection. Having a staff member who only works as a case manager gives other staff time to build these important relationships. This will go further with the next part of their plan, which is to bring mental health professionals to the youth home, creating a place where resources are more readily available to the children and youth they serve.

Journalist Taylor Inman can be reached at [email protected]