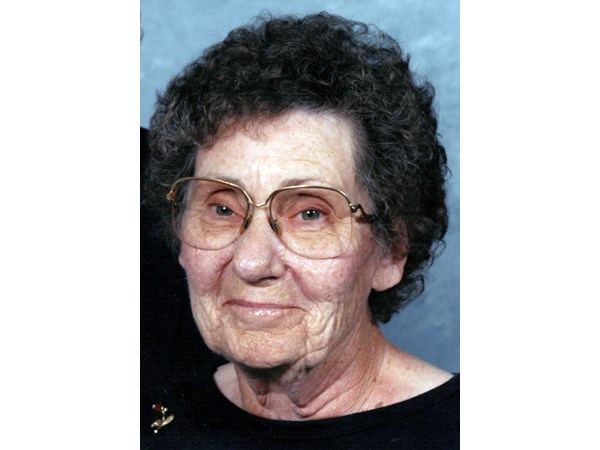 Gloria Jean Medow (née Schaefer), from LaCrosse, WI, passed away on Sunday July 11, 2021 in Kenosha, WI, at her residence, Brookside Care Center. After graduating from Logan High School, LaCrosse, in 1950, Gloria pursued her dream by going to Chicago to attend nursing school.

There she married her beloved husband, Robert J. Medow in 1956 and they raised their three children: David (Jane) Medow, Marilyn Medow and Sandra (Kevin) Mikolas. After Chicago, Gloria also lived in Tustin, WI, Las Vegas and Henderson, NV, then she and Bob spent two years on the road in their RV before moving to Florida, first to Kissimmee and then to Clermont. Gloria then returned north to Plainfield, IL and finally, to Kenosha.

She was the loving grandmother of Nikolai and Hannah Medow and Alyse (Louis) Wenger and Nathan (Alanna) Mikolas. Affectionate aunt and cousin of many. She was predeceased by her husband, Bob, her parents, Nicholas Schaefer and Alice (Iverson) Comeau, and her beloved sister, Betty (late Howard) Warren.

Gloria was a dedicated and longtime Lutheran. She was a great friend, even keeping a close bond with her high school classmates. She enjoyed being with friends and family, playing golf (which she only learned later in life), playing cards and having fun. She easily befriended people who crossed her path, from nurses in the doctor’s office to people she sat with at church dinners. She loved to tell jokes and stories. Gloria was involved in environmental causes, an avid recycler, and she supported Greenpeace groups at the Sierra Club. She worked for social justice in Florida, running the local community center. She loved to read novels and watch movies. And she was always proud to have been a nurse.

Funeral services honoring Gloria’s life will be held at 11 a.m. on Monday, August 30, 2021 at Piasecki Funeral Home. The service can be viewed live on Monday, August 30, 2021 at 10:30 a.m. on the following link facebook.com/PiaseckiFuneralHome/live/. You don’t need Facebook to watch. Interment will be held at the Southern Wisconsin Veterans Memorial Cemetery in Union Grove, Wisconsin. A visitation for Gloria will take place on Monday, August 30, 2021 from 9:30 a.m. until time of service at the funeral home. In lieu of flowers, commemorative keepsakes can be made at Doctors Without Borders at https://donate.doctorswithoutborders.org or Sierra Club at https://act.sierraclub.org/donate or Kindred Kitties at http: // www .kindredkitties.org would be appreciated by the family.

The family would like to express their gratitude to Dr. Feldy and the staff, as well as the staff of the Brookside Care Center for their compassionate care.