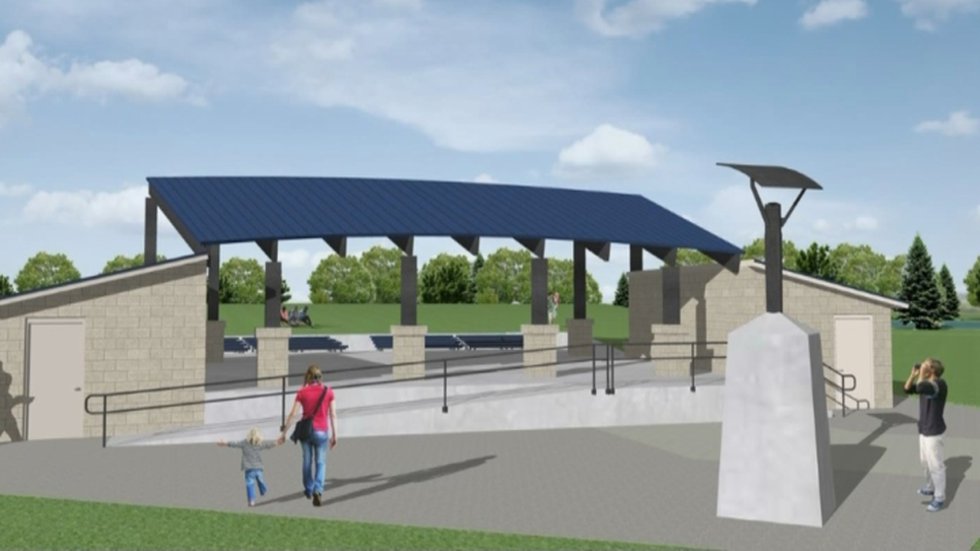 LINCOLN, Neb. (KOLN) – The community of Lexington is coming together to build a place where people can come together and where veterans will always be remembered.

At the Heartland Museum of Military Vehicles, the tradition of honoring veterans continues. “We started in 1987, when they shot the movie Amerika for ABC Circle Films in Lincoln,” said Dave Smith, museum board member. At the time, the film crew was looking for military jeeps. Smith says local residents provided it. After filming was completed, it was decided that these jeeps should be preserved. It started a trend. “A number of farmers have started bringing vehicles to us,” Smith said. Many old military vehicles have been removed from the tree line. “The reason there were so many vehicles in the tree line is that during World War II you couldn’t buy a tractor,” Smith said. Instead, some farmers acquired military vehicles to help them cultivate. When they finally broke down, the farmers parked them. “And that was the end, and then they settled there for years,” Smith said. Thanks to the vision of the museum’s board members, you can now see many refurbished military vehicles. This is just one example of the effort to honor the veterans in Lexington. The latest effort is for a veterans lodge.

“Probably about two years ago, I was wondering why Lexington didn’t have a veterans memorial,” said Lexington Veterans Lodge president Jim Bliven. The original idea was to name the streets after local veterans who had given their lives in the war.

But the city helped take the idea a step further. “It got bigger and bigger and turned into a pavilion or an amphitheater,” Bliven said. The pavilion will be located on a vacant space on the east side of the city. “The mayor, the city administration have been absolutely wonderful,” said Bliven. They actually gave us land to set up the pavilion. They will make the streets for us, and they will maintain this pavilion. It’s not just for Lexington, it’s definitely for Dawson County and all of the towns that are in Dawson County. The organizers would like the pavilion to even represent veterans of central and western Nebraska.

The organizers don’t just want this pavilion to be a place where veterans are remembered. They also want it to be a place where young people can learn about the military and what veterans have been up to. In addition, the space will be used for gatherings and concerts. A wall on the west side will celebrate a veteran’s “years of service”. “This design is the first step, the wall is the next half step,” said Steve Zerr, Veteran Services Officer for Dawson County. “Then we’ll talk more about memorials. We would love to see something done for the National Guard in the future. The National Guard was a big part of Lexington.

Donations from the community help make the pavilion possible. “We are close to our goal,” said Dick Prasch, member of the pavilion committee. “We still need help, but it will be something the community and all of Dawson County can support. Our support has been phenomenal in this city. The Lexington Foundation played an important role. And organizations like the Heartland Museum of Military Vehicles are happy to get involved. “We have a real tradition, both in this museum and throughout the community of honoring veterans,” Smith said. “There is a special place in the cemetery and so on. If this new pavilion is built, it will continue this tradition.