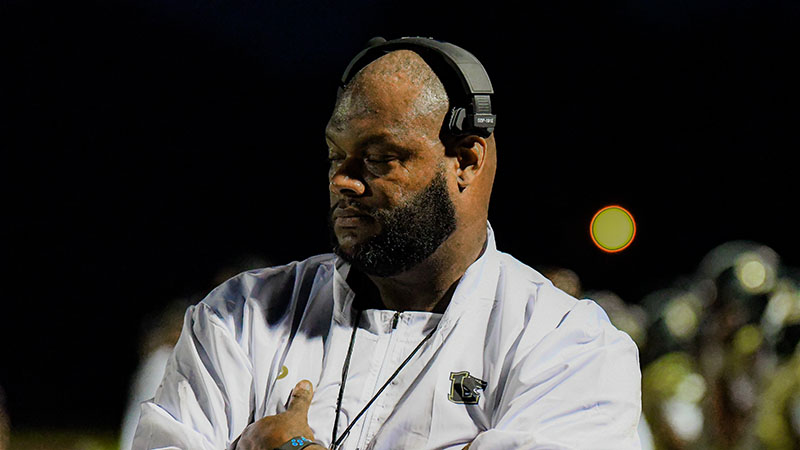 OUR VIEW: Coach Clifford Story Jr. should be honored on a large scale – Valley Times-News

OUR TAKE: Coach Clifford Story Jr. should be honored on a grand scale

The brand was previously owned by Dan Washburn, whose Lanett Stadium is partly named after. So it’s only fitting that Story would receive some kind of recognition outside of a plaque from the city council and hundreds of congratulatory messages on social media.

Achieving 110 wins in one of the most competitive sports in the state of Alabama and winning two state championships, six regional championships and most recently being named ALFA Insurance Alabama Coach of the Year at a small school like Lanett is impressive, to say the least. .

In 14 years at Lanett, Story holds a playoff record of 21 wins and seven losses and a regional record of 63-24 to go along with his overall record of 110-44. In those same 14 years, Story only had four losing seasons (less than 0.500). More than wins and losses, Story brought a sense of pride to Panthers athleticism, a feeling that resonates throughout the state of Alabama. There isn’t a single coach in the state who isn’t aware of Story’s accomplishments on and off the court.

Now, we’re saying all of this to say that we don’t know what’s planned to honor Story, but hopefully there are plans in the works. However, the school and town choose to honor him; this achievement should have a lasting impact on the school and even on the city.

Whether it’s renaming Morgan-Washburn something like Clifford Story Field at Morgan Washburn Stadium, or even naming the field after him, or going really big and renaming the part of S. 8th Ave from Veterans Memorial Parkway at S 8th Street, Clifford Story Jr. Drive, we support just about anything the city and school district come up with on a large scale.

Congratulations coach, you’ve earned it and we can’t wait to cover more of your accomplishments.