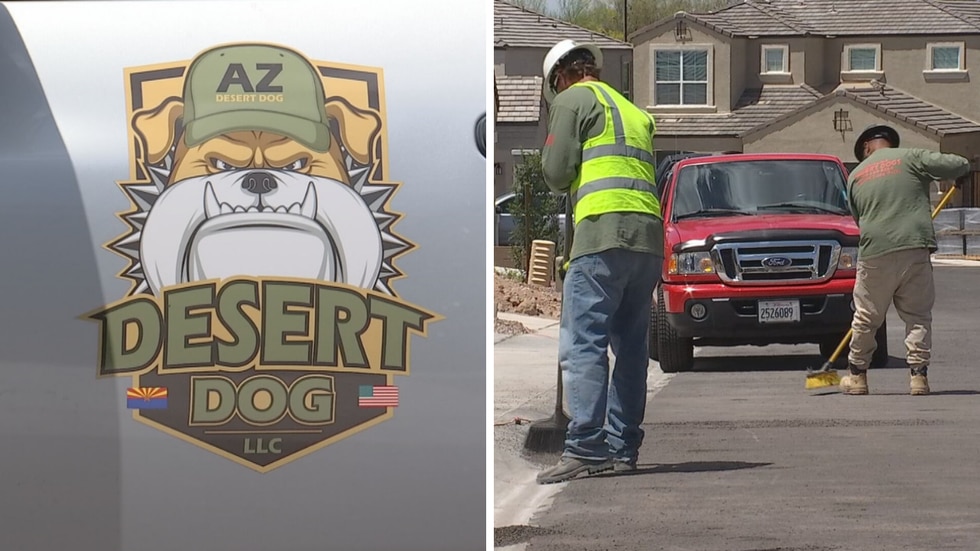 PHOENIX (3TV/CBS 5) — A veteran-owned business in the valley houses and hires veterans who are going through tough times. Desert Dog, a military term, is now a trash removal and construction site cleanup business, according to Navy veteran and owner Anthony Calderon.

“It defines our guys for who they really are, okay, they live in the desert, part of the military; desert dogs seem to suit them,” Calderon said.

Veterans like Dallas Pfriem, including one of 55 employees, are apparently on a team again. Pfriem left the army after being seriously injured during his three deployments. Now his mission is to remove trash and clean up construction sites. He also lives in the business; a house Calderon owns near Paradise Valley Community College with two other veterans.

Which brings Shane Datzman, who admitted to serving time in prison and making the wrong decisions after his service. His injuries were so severe that he couldn’t do manual labor for Desert Dog. Still, Calderon brought him in from the shelter, making him do odd jobs like washing the dishes and keeping the house tidy. In return, Datzman is not only paid but, more importantly, a room.

“Sometimes we need a helping hand to get there, and I’ve found my place here,” Datzman said. Calderon said the goal was for the veterans to live in the house until they got back on their feet and rented their own accommodation.