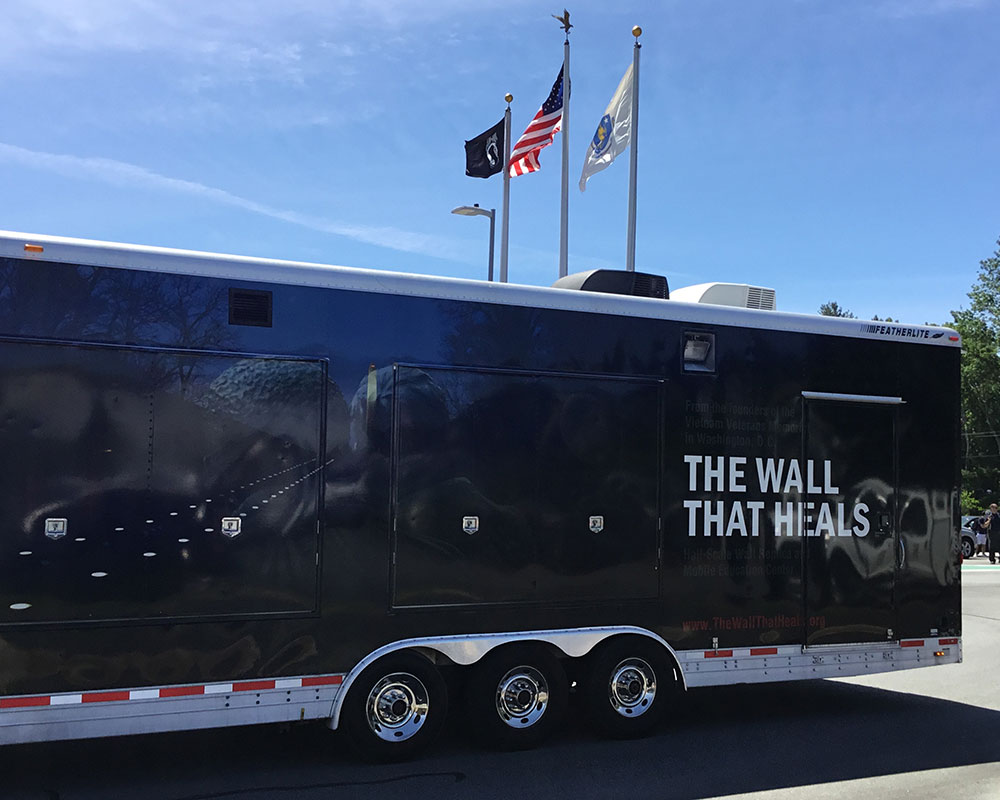 The Healing Wall, a three-quarter scale replica of the Vietnam Veterans Memorial in Washington, DC, is in Methuen this week and open to the public 24 hours a day starting Thursday morning.

The Healing Wall also includes a mobile education center, telling the story of the Vietnam War, the Wall, and the Divided era of American history. The exhibition is presented from Thursday, 9 a.m., until 2 p.m., Sunday, October 2, at the Pfc. Richard E Potter Field on Pelham Street. Methuen Veterans Services Officer Paul C. Jensen described the event during a recent WHAV Morning appearance.

“It basically takes up an entire football pitch, and the way it’s displayed at Potter Field, which worked perfectly, is actually facing Pelham Street. So walking down Pelham Street and looking across that field, you you’ll see the whole wall. At night, they have LED lights, so it’s on. It’s quite a sight. It’s really set up perfectly in that area,” he said.

Jensen said the openings for volunteers are filling up quickly, with 50 needed for installation and 50 needed to take it down, and four to eight volunteers per hour to be at the site while it’s open to the public.

“We have two very nice events while it’s here. Friday night from 5-6:30pm we have the Veterans Den Band, a band formed by a group of Vietnam veterans, and they will be playing at the venue from 5-6:30pm. Sunset that night is at 6:27. Then we will have tap dancing and a candlelight vigil led by MP (Lori) Trahan,” he added.