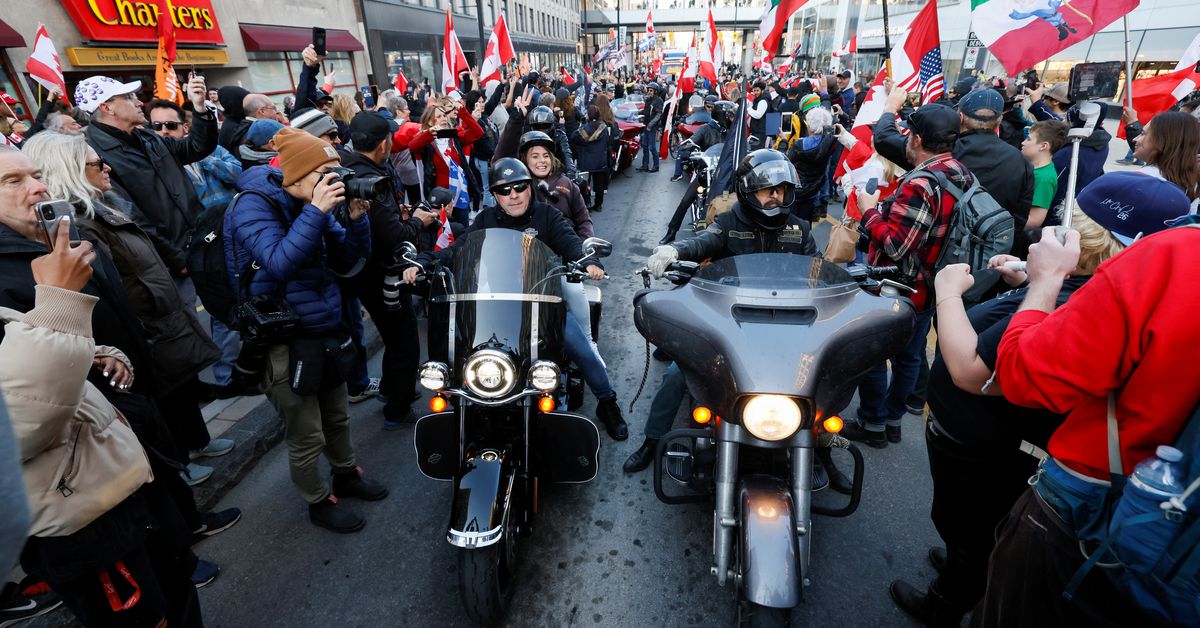 Friday’s parade was a protest against alleged government excesses and came less than three months after a movement of truckers paralyzed the capital for more than three weeks.

Ottawa police said in a tweet on Friday that several people were arrested and officers remained at the scene to provide security.

Organizers of Friday’s convoy, which they call “Rolling Thunder Ottawa,” say they are there to support “freedom” and veterans. Local media say several of the attendees were in Ottawa during the previous protest, which was against a vaccination mandate for cross-border truckers.

Ottawa police said in a tweet that several vehicles attempted to occupy a downtown parking lot, though all but one left.

Ottawa police, who have come under fire for their handling of the February protests, had said they would not allow motor vehicles to stop or park on downtown streets. They had brought in additional personnel to reinforce the municipal authorities before the Friday march.

A former member of the Canadian Armed Forces, Neil Sheard, is one of the main organizers of Friday’s march.

In a video posted to YouTube, Sheard said her plan was to lay a wreath at the National War Memorial as a mark of respect for veterans. Other groups that participate protest more generally against the government and government mandates.

Sheard said he supports any group that wants to fight for the freedom of all Canadians because he believes freedom of expression was paid for by veterans.

“The rights and freedoms of Canadians are being eroded, and we will work to maintain lawful civic action to restore these fundamental rights,” Andrew MacGillivray, a member of the Freedom Fighters Canada group which is also participating, told Reuters recently. .

Events that started on Friday must end on Sunday.