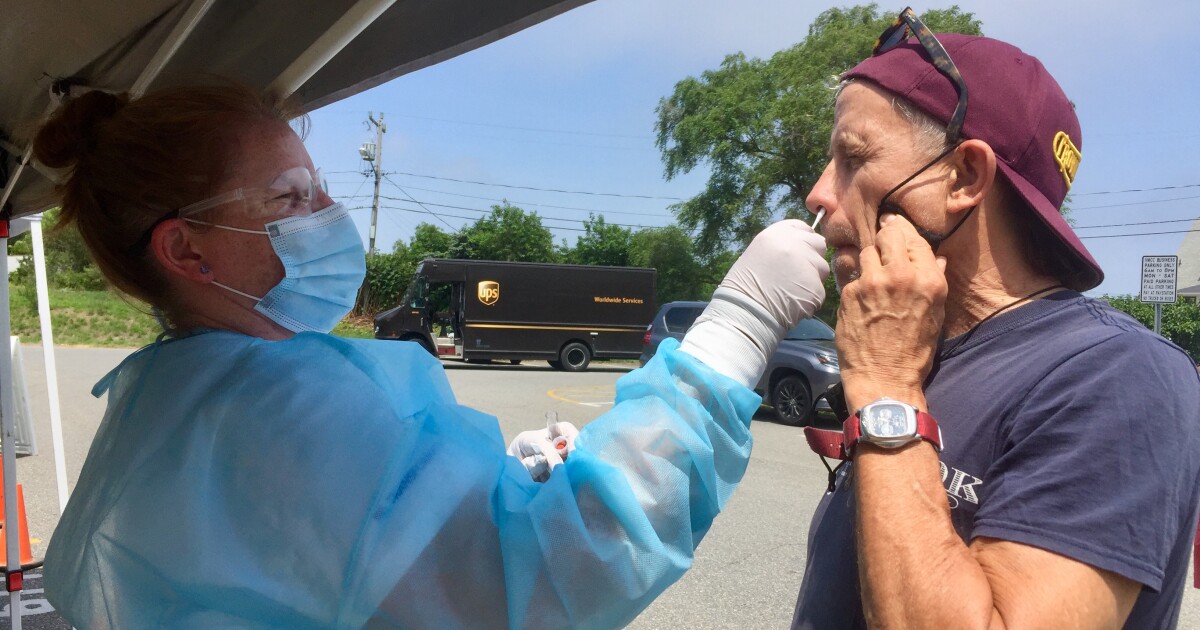 
Free COVID-19 testing at the Veterans Memorial Community Center in Provincetown has been extended until at least Monday afternoon in an effort to curb a wave of infections among fully vaccinated people.

Carrie Mazoff, a visitor from Montreal, was tested Thursday after spending time with someone who later tested positive.

“I feel bad for him, but I know he’s going to be okay,” she said. “And also I was kind of like, ‘You know, I have a ticklish throat. “… It’s a reality check. This case is far from over.

Provincetown isn’t the only place with a recent increase in cases. Chilmark, on Martha’s Vineyard, has the highest two-week new case rate in Massachusetts by population.

Chilmark Health Council administrator Marina Lent said a small number of cases can increase the data in a city with a small population year round.

But she also said more social mixes, summer visitors and unvaccinated people are likely contributing to the cases.

Mark Adams from North Truro was tested outside the Veterans Memorial Community Center in Provincetown.

“Everyone is really great here,” he said. “They are really efficient and do their job well, so I feel lucky to be here.

He said a friend had tested positive for COVID-19, “and I have a few sniffles, so that seemed like the best thing to come and get tested.”

Transformative Healthcare operates the test site under contract to the state.

Kevin Mont, vice president of the company, said the free testing in Provincetown will continue until at least Monday.

Department of Defense and Priceline expand travel for US forces