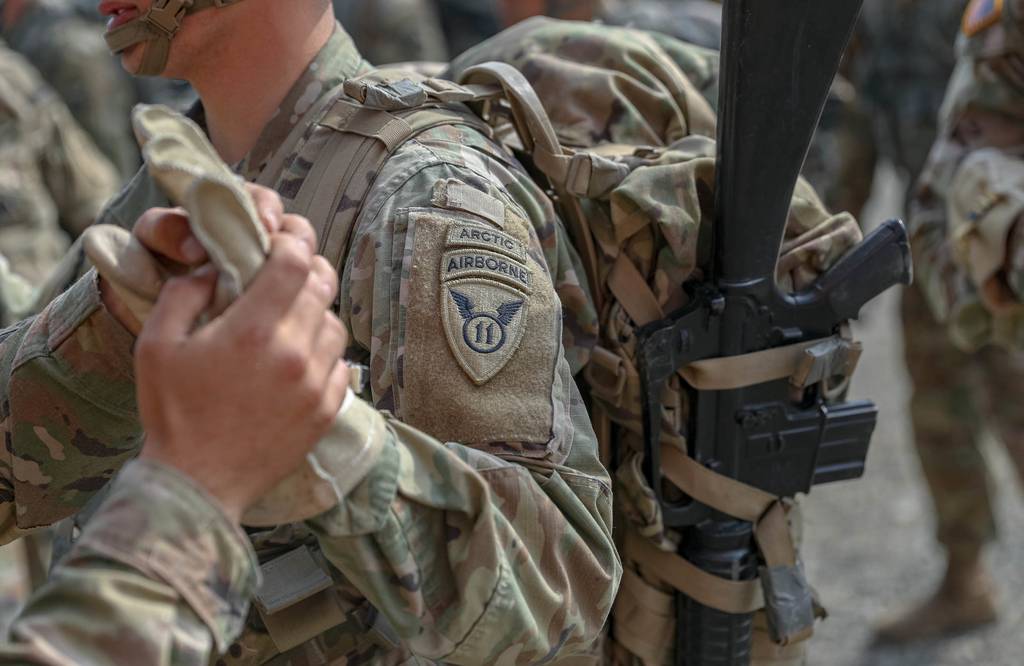 If you or someone close to you is having thoughts of harming or killing yourself, you can confidentially seek help through the Military/Veterans Crisis Line by calling 988 and dialing 1, texting 838255 or by chat at http://VeteransCrisisLine.net. You do not need to be a VA beneficiary to use the service.

The army has spent the last few months focus on the mental health and quality of life of its troops in Alaska after a string of 17 suicide deaths among its 11,000 troops in 2021 has led lawmakers to demand action from service chiefs.

And it seemed to be working: The newly created 11th Airborne Division, which was created from the Army of Alaska and established as the main Arctic service headquarters in June, had seen only two deaths by suicide in the first nine months of 2022.

Of the soldiers who died, three were assigned to the division’s 1st Brigade Combat Team, which is stationed at Fort Wainwright, near the town of Fairbanks in the state’s rugged interior, confirmed the spokesman John Pennell in an email to Army Times. They bring the total number of deaths by suicide in 2022 to six.

In the double-signed letter to the formation, Command Sgt. Major Vern Daley and Major General Brian Eifler lamented the loss of “four Arctic Angels in the last 30 days to the enemy of despair. We can never replace their loss or fill the void they left behind.

Alaska poses a unique suicide prevention challenge that the service is already struggling with at every level. The military saw a record number of active-duty suicide deaths after 9/11 in 2021 — though those numbers declined in 2022, top leaders say — but it has yet to issue long-awaited regulations to normalize and govern its suicide prevention program. .

An Army spokesperson confirmed that the regulations are still pending and were unable to provide an expected release date.

Commonly cited factors that make Alaska more difficult include the difficulty of recruiting mental health care providers to travel to remote areas of interior Alaska, the cold and prolonged darkness of the months of winter there, the increased expense and planning required to visit loved ones in the lower 48 states. and more.

Meanwhile, the 11th Airborne Division and Army leaders have been working to address the problem with the tools at their disposal — dispatching dozens of behavioral health providers and chaplains, mandating counseling appointments for all soldiers and increasing funding for community and recreational activities. The Army has also created new enlistment and posting options that allow troops who want to be in Alaska to go there, rather than sending soldiers who aren’t interested in the austere life up North. .

These efforts have “had a tremendous impact,” Eifler and Daley wrote in their letter, while praising “the soldiers and leaders [who] bravely step in, bravely ask for help, and bravely step up to take care of a teammate.

But leaders say soldiers and the service “must double the progress made earlier this year” to prevent more deaths.

Davis Winkie is a senior reporter covering the military, specializing in accountability reports, personnel issues, and military justice. He joined Military Times in 2020. Davis studied history at Vanderbilt University and UNC-Chapel Hill, writing a master’s thesis on the influence of the Cold War-era Department of Defense. on Hollywood films of World War II.