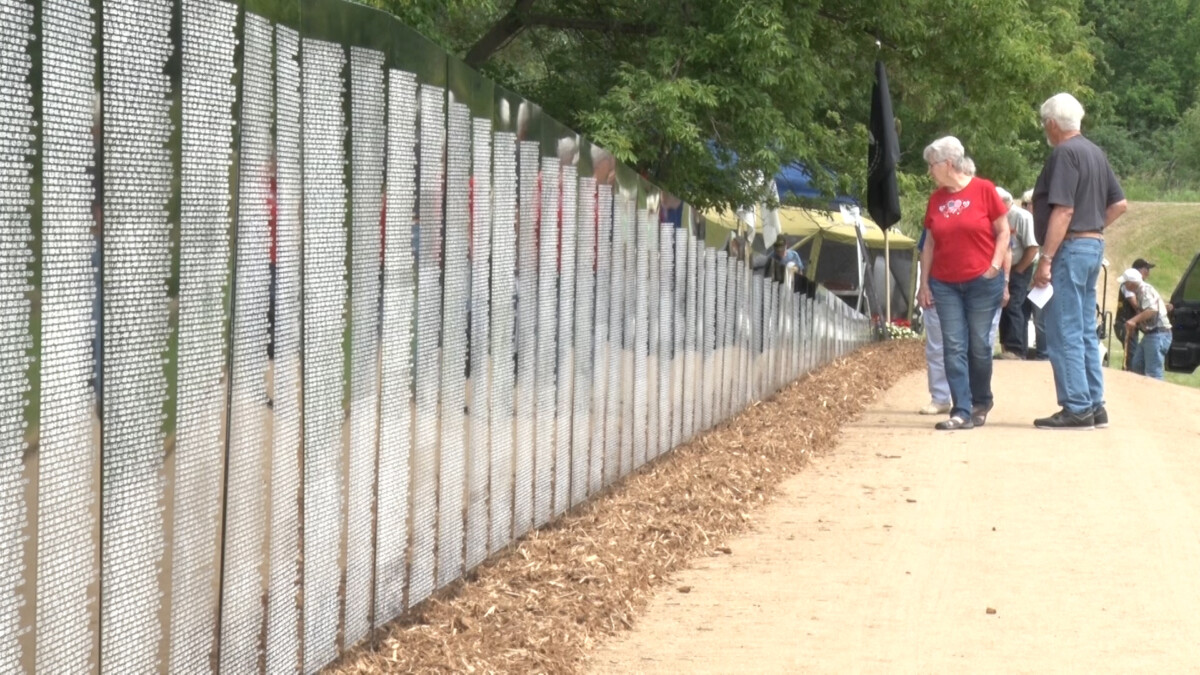 Residents of Northwest Minnesota can visit the Vietnam Veterans Memorial Wall this weekend, that is, a scale replica. After a year and a half of planning, local organizations finally brought the Homeless Vietnam Veterans Wall to Gonvick to recognize the lives lost during the war.

In 1975, the Vietnam War ended. Today, nearly 50 years later, residents of northwestern Minnesota are able to recognize those who served. The memorial wall is not only there to honor the past, but also to serve as an educational tool for the future, teaching younger generations about the controversial 20-year war.

The fighting, however, did not stop after the ceasefire. Now, veterans are working to properly get benefits and additional support from federal and state governments.

There are 58,307 names inscribed on the wall. Although the replica is only 60% of the actual size of the memorial wall in Washington, DC, it still commemorates those who served and the things they carried.

An opening ceremony with the display of the colors by the United States Army was held Thursday. The traveling Vietnam Veterans Memorial Wall will be in Gonvick near the fire station until Sunday, July 10. It’s open to the public.