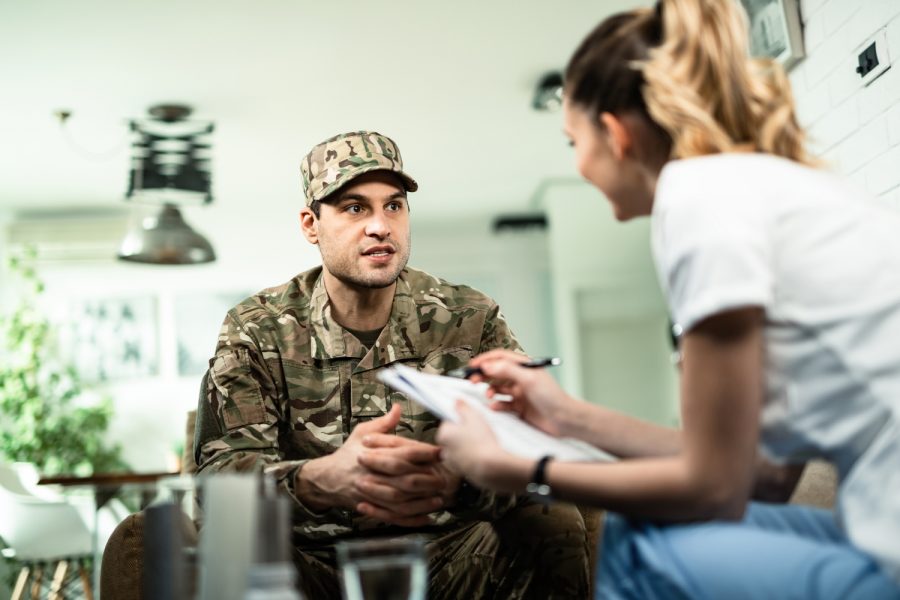 
Conservative, Liberal, Independent – we can all hopefully come together to support American veterans and their sanity.

America is politically divided now more than ever, but at least we can still come together as a country to agree that the brave men and women who risked their lives for our freedom deserve better mental health care.

The bill is named after Brandon Ketchum – a veteran who committed suicide after an Iowa City VA psychiatrist said Ketchum did not need hospital care. This bill is non-partisan, as evidenced by the fact that it was co-sponsored by the four Iowa members in the United States House of Representatives.

That means he’s co-sponsored by three Republicans – Rep. Mariannette Miller-Meeks, Rep. Ashley Hinson, Rep. Randy Feenstra – and Democratic Rep. Cindy Axne. This bill is not political and is an example of the non-partisan mental health reform needed for veterans.

Ketchum’s story is tragic, but the act named after him gives me hope in a politically divided world. Improving mental health care for our veterans should not be controversial. The fact that a bill signed by Biden could have been co-sponsored by three Conservatives proves this.

Mental illness and suicide continue to be of great concern to veterans. According to research conducted by the Research and Development Center (RAND) for Military Health Policy, 18.5% of veterans who served in Afghanistan or Iraq suffer from major depression or post-traumatic stress disorder. Of these veterans, 19.5 percent have a head injury.

Veterans also face barriers to treating mental illness. These include the requirement that they must have an honorable or general discharge to receive VA benefits, and a long wait list due to a shortage of health care providers.

Another barrier is stigma. Many veterans are ashamed of their mental illness and do not seek help because of it.

Despite the fact that the two are at opposite ends of the political spectrum, former Presidents Barack Obama and Donald Trump have both spoken out against the national trend towards suicide among veterans. A 2018 report found that the average suicide rate had increased in general. On average, 20 veterans kill themselves per day.

It shows that instead of insulting and arguing, Democrats and Republicans should work together for non-partisan mental health reform, especially for veterans. Regardless of our political views, we can all hopefully agree that it is disturbing and heartbreaking that the Iowa City VA psychiatrist ignored the fact that Ketchum was in need of hospital care.

Many of the barriers veterans face in receiving mental health care can be removed if there were more non-VA reform bills, which would increase the number of veterans eligible for benefits. and their ability to access mental health care without delay.

Veterans risked their lives and left their families so complete strangers could have the freedom we are so fortunate to have in America today. They are some of the bravest people in America and have seen horrors that we can only imagine. Considering all of this, they shouldn’t be ashamed to seek help with mental health issues.

The people who made the ultimate sacrifice deserve better from our mental health care system. Sgt. Ketchum’s Rural Veterans Mental Health Act of 2021 is an example of the non-partisan mental health reform needed to help them.

Columns reflect the views of the authors and are not necessarily those of the Editorial Board, The Daily Iowan, or other organizations in which the author may be involved.