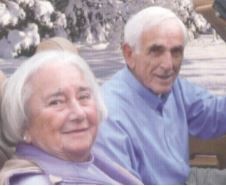 Born in East Providence, daughter of the late Manuel and Maria (Lewis) Fontes, she has lived in Riverside since 1959.

Mrs. Falaguerra was a communicant of St. Brendan Church.

Parents and friends are invited to attend a Christian funeral mass at St. Brendan Church, Turner Avenue, Riverside on Thursday, October 7, 2021 at 10 a.m.

Interment will follow at the Rhode Island Veterans Memorial Cemetery in Exeter.