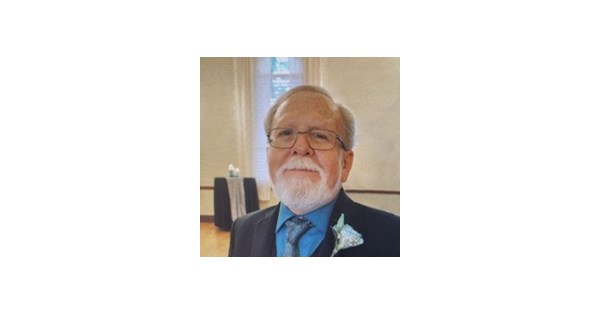 Ronald Norman Clark was a loving father, grandfather, brother, colleague and friend. He left this world on March 1, 2022 at the age of 74 due to complications from multiple health issues.
Ron was born to Cassius and Esther Clark on December 16, 1947 in Elmira, New York. After graduating from Cyprus High School in 1966, he joined the United States Air Force where he attained the rank of Sergeant.
Before leaving the Air Force with an honorable discharge, he married Brenda Ard and together they had six children: Don, Randy, Rhonda, Jonathan, Jesse and Jodi.
Ron had a love of cars and a long career in automotive transmissions. He has tested and worked on advanced technologies in various automotive factories around the world. His work took him to various posts in Utah, Illinois, Tennessee, Nebraska and even Saudi Arabia. After retiring, he moved back to Utah to be with his children and grandchildren.
Ron was very proud to be a veteran. He enjoyed collecting coins, shooting his guns, surfing the internet, and cooking dishes so spicy only he could eat them. He was a bit of a homebody and loved his independence, but he was always up for a family gathering to go camping, shooting, or just having a nice meal together.
Ron passed away peacefully surrounded by his family, as he always wanted. He was predeceased and now happily reunited with his daughter Rhonda and son Randy; as well as his parents.
He is survived by his children Don (Marinda), Jonathan (Tammy), Jesse (Linda), Jodi Woodruff (Brad); ex-wife Brenda Price; 14 grandchildren; and three great-grandchildren. Also survived by his brother David (Janet); and sisters Renee Garlick (Mikol) and Sherrill Chino; as well as several nieces and nephews.
Funeral services will be held Wednesday, March 9, 2022 from 12:00 p.m. to 1:00 p.m., at the Utah Veterans Cemetery and Memorial Park at Camp Williams located at 17111 S. Camp Williams Road, Bluffdale, Utah. Visitation will be Tuesday, March 8 from 6:00-8:00 p.m. at McDougal Funeral Home, 4330 S. Redwood Road Taylorsville, Utah, and before the funeral at Utah Veterans Cemetery & Memorial Park at Camp Williams on Wednesday, March 9 from 11:00-11:45 a.m. .
Interment will be at the Utah Veterans Cemetery and Memorial Park at Camp Williams in Bluffdale, Utah.
For those unable to attend the funeral in person, we will be streaming the service via Zoom meeting at: https://preferredcompliance.zoom.us/j/83819433732