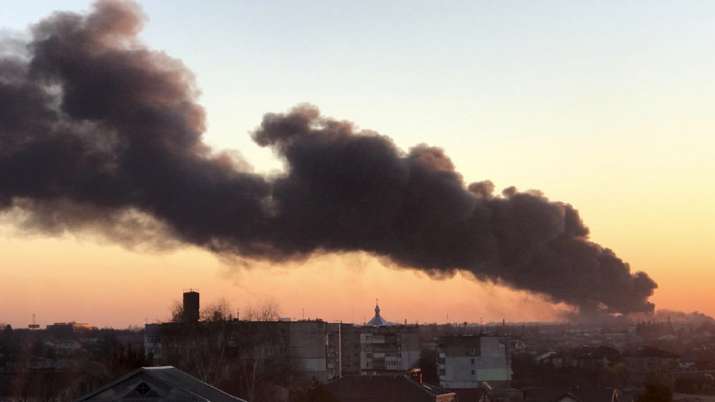 Russia–Ukraine War: Russian President Vladimir Putin stressed on Saturday “the unacceptable nature of the military-biological activities of the United States in Ukraine” during a telephone conversation with Luxembourg Prime Minister Xavier Bettel, the Kremlin said in a statement. Such activities represent a huge danger both for Russia and for the whole of Europe, Putin said, quoted by the Xinhua news agency. The two leaders discussed the Russian military operation in Ukraine, and Putin noted the missile attacks by Ukrainian security forces on cities in Donbass, the statement said. Bettel said “we must end” the conflict, and “no one stands to gain from these clashes; not Russia, not Europe and certainly not Ukraine,” according to a statement posted on the official website of the Luxembourg government. Bettel briefed Putin on contacts with leaders of Ukraine and other countries, and Putin presented his assessments of the Russian-Ukrainian peace talks, the statement added. The Russian Foreign Ministry on Thursday asked Washington to provide all information on the activities of alleged biological laboratories linked to the United States in Ukraine. Last week, US Under Secretary of State for Political Affairs Victoria Nuland testified before a Senate Foreign Relations Committee on Ukraine, admitting that “Ukraine has biological research facilities.”