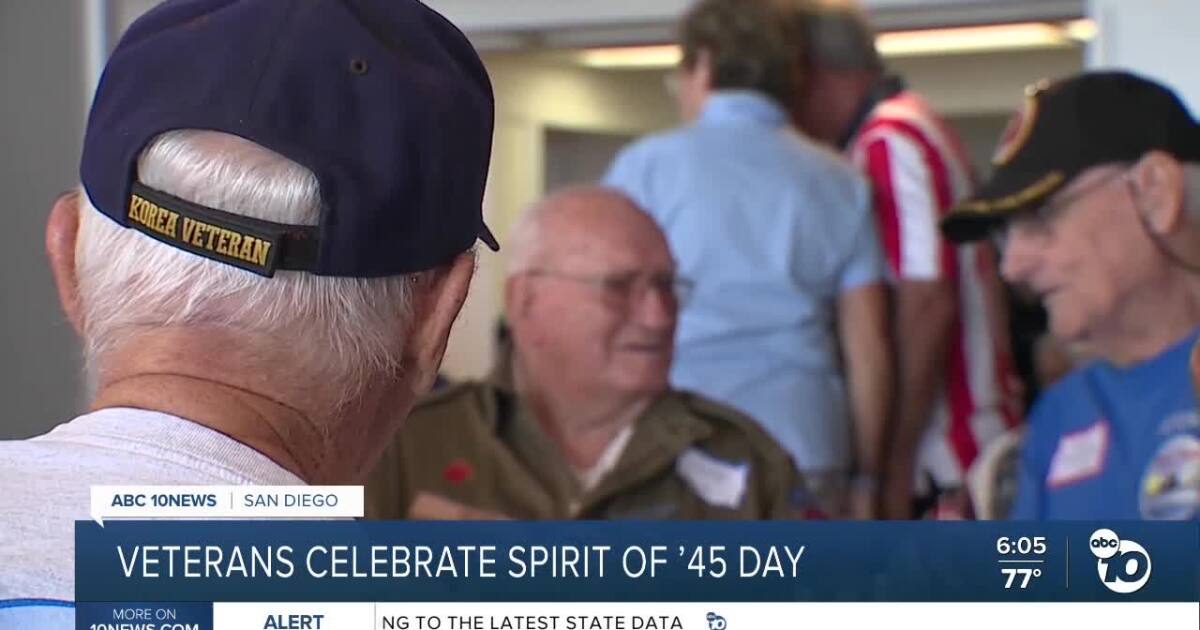 SAN DIEGO (KGTV) — Today is National Spirit Day ’45, a celebration of the end of World War II that honors an entire generation who served in the military during that war.

Here in San Diego, a special ceremony was held with WWII veterans, their families and volunteers held by Honor Flight.

More than 80 World War II veterans attended the event with their loved ones as they celebrated and remembered that much anticipated date when the President announced the end of the war. It was August 14, 1945, when President Truman announced the unconditional surrender of the Japanese, ending World War II. An announcement that many expected in active service.

“I was in northern Germany with 82n/a airborne… thrilled to death, thrilled because I knew I was going to come home,” said 98-year-old World War II Airborne veteran Huff Stuetler.

The end of the war meant that they would finally be reunited with their loved ones.

“It was wonderful for me to get together with my mom and dad and my siblings,” adds Stuetler.

“We all felt good to have succeeded…we were lucky…” added Montano.

Honor Flight volunteers hosted the event with a formal ceremony where veterans shared their stories with the intention of always honoring and remembering those who served our country.

“We were here today because of these men and women who fought in World War II and you know they are called the greatest generation and we all know why,” said Honor Flight representative Holly Shaffner. .

preparing and planning for business loans